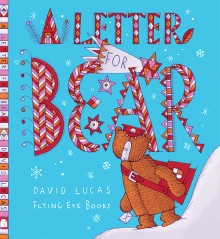 A LETTER FOR BEAR 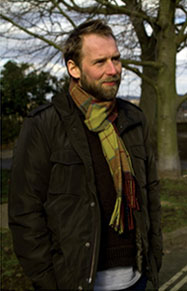 Trudging through the snow


A Letter for Bear

Bear is the most conscientious postman you could ever hope to meet, trudging through the snow to deliver letters to his fellow Arctic inhabitants. But will the festive season also deliver the friendship that the lonely Bear yearns for?

There’s a touch of explorer Ernest Shackleton about Bear’s intrepid spirit as he crosses icy slopes and mountainous peaks. For Bear, it’s all in a day’s work for the jolly postman.

But while Bear does indeed love his job, when he goes home to his bear cave, he feels sad and lonely. Despite all the many letters he has delivered, he realises that he has never received one himself.

Bearing gifts takes on a whole new meaning with the benevolence of Bear, as he bestows letters to all and sundry. But he can’t help wondering what it feels like to be the happy recipient

When a gust of wind blows the letters out of Bear’s hand, the addresses become smudged so he knocks on each door to check the letter finds its rightful recipient. Getting a glimpse into the happy family lives of the other creatures only makes Bear more lonely than ever. (Note: the end papers provide an informative mini glossary to help you identify the featured animals, which includes an ermine, a waxwing, and a ptarmigan).

What’s to be done? Bear decides to deliver a special invitation to everyone  – then waits anxiously to see who will turn up.

This sweet tale is filled with true Christmas spirit with a gentle message about the joy of giving and receiving. Lucas’s wonderful illustrations are crisp and clean with ink outlines. Using a palette of orange, red and pink that complements our furry hero, scenes are also set against the clear blue Arctic sky. There’s also lovely decorative detail in the patterned borders that frame each picture like a pretty work of art.

A wonderful story to share at Christmas to help us all think about anyone who might be feeling lonely and what we can do to make theirs a Happy Christmas too.

*** A FESTIVE GIFT FOR YOU *** Buy A Letter for Bear for just £5 in the Flying Eye webshop until 25 Dec (use code aletterforbear).

Fun fact In Victorian England, postmen were popularly called “robins”. This was because their uniforms were red. Victorian Christmas cards often showed a robin delivering the festive mail.

Did you know? Ptarmigans are small chicken-like birds that live in the Arctic. To combat the cold, they have feathers on their legs and feet to keep their feet warm – a bit like bird leg warmers or boots! They also change colour to outwit their predators. In winter, they are white to blend in with the snow. In spring, they lose their feathers, or molt, and grow new brown or gold feathers. By autumn, the feathers fade to grayish brown.

Author notes David Lucas first worked as an illustrator at a design company in Clerkenwell, London, aged 17. I went on to study illustration at St Martins School of Art, and then the Royal College of Art. Shortly after graduating, he illustrated a picture book by Ted Hughes and started writing picture book stories of my own. His books have been translated into 12 languages and in 2008 he was nominated as one of the UK’s Best New Illustrators by the Booktrust. David lives with his wife and baby daughter in an old school house in Leytonstone, London, and works in a studio in Dalston.