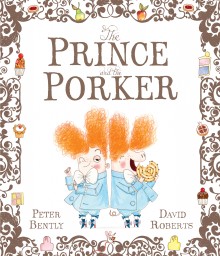 THE PRINCE AND THE PORKER 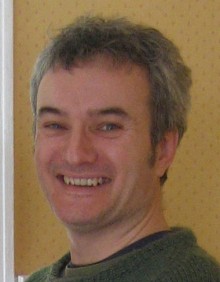 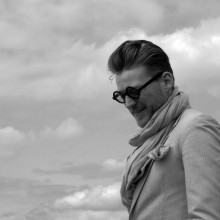 The Prince and the Porker

With an aristocratic moniker like Pignatius, this little piggy was surely destined for greatness. And when he is mistaken for a prince, Pignatius embraces his new royal position with relish. But what fate will befall him if the real prince finds out about his porky pies?

A pig on a promenade finds himself outside the royal palace, where his snout is tantalised by the aroma of freshly baked buns and he can’t help himself: he munches all ten!

What’s more, he now has a taste for the sweet delicacies and creeps into the palace to find more. After he is caught red-handed, he scurries off into the prince’s chamber where he discovers a dressing-up box filled with finery which he prompty tries on.

Wouldn’t you know it’s all a perfect fit, from the knickerbocker pantaloons to the kitten-bow neck tie and decorative sash. And the pièce de résistance? A lavish orange wig of the most flamboyant style. And suddenly the unsuspecting Porker is a dead ringer for the Prince.

With matching auburn updos, both Prince and Porker make a very dandy pair of doppelgangers. But will the pig’s disguise be uncovered, or does the prince have another cunning plan?

Making the most of his newfound status, Pignatius is as happy as a pig in, well, a palace. With servants answering to his every beck and call, he’s in hog heaven, pigging out on sumptuous banquets and trotting about as if he owns the place. But then the real Prince tips up…

This witty retelling of Mark Twain’s The Prince and the Pauper, masterfully penned by Bently in clever rhyming couplets, takes on the premise of mistaken identities with great comic effect.

David Roberts showcases his brilliant talent at bringing characters to life with style and wit. His central protganists – both porcine and princely – make a perfect comedy duo, with Pignatius’s expression quite a picture in the comic pay-off at the end.

Did you know? Mark Twain is the pen name of Samuel Langhorne Clemens, one of the greatest American authors and humorists of the late nineteenth and early twentieth century. Twain chose the pen name when working as a riverboat pilot. The term “mark twain” means it is safe to sail because the water’s depth is two fathoms, or 12 feet.

Author notes Born in 1960 in Hampshire, England, Peter Bently lived in Germany, Singapore and Hong Kong, as well as in various places around England – going to ten different schools – thanks to his father’s position as an army bandmaster. Bently then went to study Modern Languages at Balliol College, Oxford. Bently won the Roald Dahl Funny Prize 2011 for his book Cats Ahoy! with Jim Nield. King Jack and the Dragon, illustrated by Helen Oxenbury, was named as an American Library Association Notable Book of the Year. Bently lives in Devon with his wife Lucy, son Theo and  daughter Tara. When he has time, he enjoys visiting schools, libraries and bookshops.

Illustrator notes David Roberts was born in Liverpool. He always loved drawing from an early age and couldn’t wait to go to art college. There he developed a keen interest in pottery and fashion and went on to study a degree in fashion design at Manchester Metropolitan University. After university he worked as a milliner and began to get work as a fashion illustrator but always felt his true calling was in children’s book illustration. He finally realised his dream of becoming a children’s book illustrator when his first book Frankie Stein’s Robot written by Roy Apps was published in 1998. This book was shortlisted for the ‘Mother Goose Award’ for emerging illustrators. Since then he has illustrated works by authors such as Philip Ardagh, Daren King, Julia Donaldson, Jacqueline Wilson, Tom Baker and Chris Priestley. David is also the creator of the ‘Dirty Bertie’ character about a little boy with bad habits such as picking his nose and trumping loudly! David now lives in London.