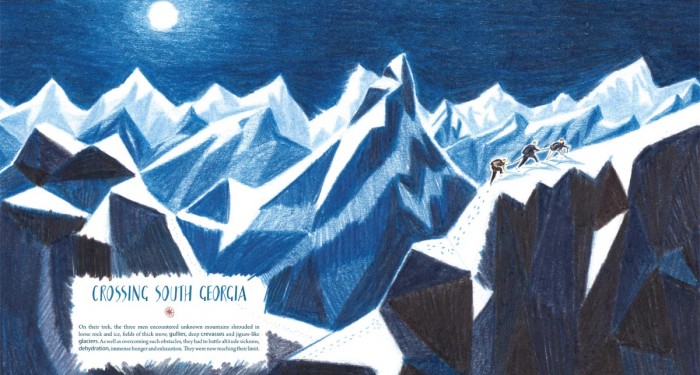 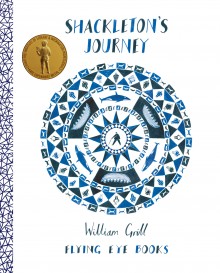 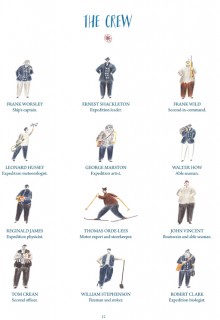 Crew of the Endurance


Indomitable spirit, gritty determination and the heart of a great adventurer inspired polar explorer Ernest Shackleton to lead his daring, but ultimately doomed, expedition across the frozen heart of the Antarctica.

Ah, they don’t make adventurers like they used to. You can keep your modern-day Bear Grylls types. Ernest Shackleton and his fellow pioneers of the Heroic Age of Exploration were the true trailblazers who strove to prove that anything is possible, even in the most inhospitable of climates.

With his appetite whetted as a junior officer in Scott’s famous Discovery Expedition to the South Pole (1901-1903), Shackleton departed on his own ambitious quest to cross Antarctica by land from sea to sea, via the pole.

Shackleton’s Journey is a unique visual re-telling of this momentous landmark expedition, giving a wonderful insight into the scale of the operation and the many dramatic twists and turns the epic voyage entailed.

With a crew of 28 men and 69 dogs, the mighty ship fittingly named Endurance after Shackleton’s family motto By Endurance We Conquer) set sail in 1914 for South America.

Their journey began well, but as they continued their trek through the perilous icy waters of the Weddell Sea, their ship became frozen in packed ice. And much worse was to come.

With inhospitable elements contriving against them, Shackleton and his crew had no choice but to bide their time and wait for the ice to melt, giving them momentary respite as they set up their winter camp, passing the time by training their dogs (and holding the occasional sporting dog derby), setting up quizzes from the Encyclopaedia Britannicus and holding concerts to keep their spirits up.

Unfortunately, this was the calm before the storm, as their situation soon became grave and called for more drastic action. It was no long a case of crossing from sea to sea. Their mission now was simply to survive.

Alongside the amazing tale of courage and endurance, it is the small details that really bring this story alive. Researched to the nth degree, Grill goes to great length to show details of the ship build, the equipment needed – even the 69 dogs who accompanied the trip are depicted in a glorious canine line-up.

Readers also get a sense of the different personalities of the crew members, from the banjo-playing meteorologist, Leonard Hussey to Shackleton’s trusty second in command, Frank Wild.

Alongside their physical strength (having to overcome extreme cold, hunger and fatigue), this story shows how it is the friendships forged and the united team spirit nurtured by Shackleton that ultimately brought the crew of Endurance through extreme adversity with a minimum of loss (unfortunately, the dogs didn’t make it).

Bringing an inspiring piece of history to life, Shackleton’s Journey is an invaluable asset for wannabe explorers with its mix of diagrams, visual lists, maps to pore over and handy glossary of sea-faring terms

There are also dramatic double-page illustrations that give a striking visual impression of the vastness of the landscape – and the smallness of the humans in comparison – and give the reader a chance to pause and take in the enormity of the challenges the crew were facing.

It’s also a wonderfully fitting homage to a great polar explorer who was for far too long overshadowed by Scott and the perfect gift for any child who dreams of being an explorer.

Fun fact The 69 dogs who accompanied Shackleton and his crew on their expedition were a mongrel mixture of breeds, including Newfoundlands, St Bernards, Eskimo dogs, Wolfhounds and wolves. Cross-breeding the dogs meant that they were very strong and had qualities such as a thick coat or a good temperament. The average weight of each dog was 100 lbs.

Did you know? Antarctica lies in the southern hemisphere, where seasons are the opposite of seasons in the north. Summer runs from October to February and winter covers the remainder of the year. Antarctica is the coldest continent; temperatures in the winter can drop below –73°C (-100°F). The lowest temperature ever recorded on Earth was at Russia’s Vostok Station in Antarctica at -89.2°C (-128.6°F) on 21st July, 1983.

** FANCY YOURSELF AS AN EXPLORER? ** There are lots of brilliant activities, games and fun challenges in Shackleton’s Journey Activity Book where kids can really feel like they are part of an expedition crew – without the risk of frost bite!

Author notes William Grill is a London-based illustrator whose main interest lies in narrative illustration and publishing. He draws most of his inspiration from the natural world, and enjoys working in coloured pencils and relief printmaking. William runs art workshops, as well as a weekly art club at Hanover Primary School.