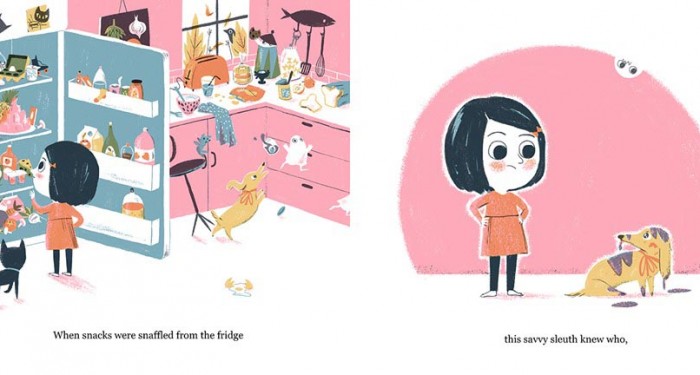 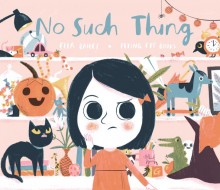 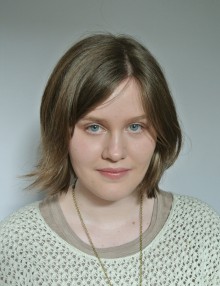 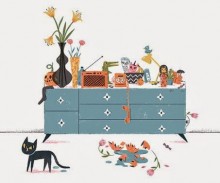 It’s that spooky time of year when any strange goings-on are attributed to ghostly ghouls and wicked witches, but Georgia is having none of it. Spooks, ghouls and ghosts? Pah! There’s No Such Thing… or is there?

Lounging in her Arne Jacobsen ‘Egg’ chair with a Missoni zig-zag throw nonchalantly perched across the back and reading by the light of a classic Arco lamp, Georgia is clearly a discerning gal who knows a thing or two.

And with her sceptical head clearly screwed on, she’s loathe to accept any paranormal explanation for disappearing objects and moving furniture, even though her cute pet cat and dog seem to have cottoned onto something. Food disappearing from the fridge? China vase mysteriously crashing to the floor? Sheets snatched from the washing line? The work of ghosts? Stuff and nonsense. There must be a simple explanation for it all.

While wide-eyed Georgia – who has a touch of Coraline about her big black button eyes – remains convinced that any spooky shenanigans are the work of mere mischief-makers, eagle-eyed readers might come to a
rather different conclusion

As Georgia finds a logical explanation for anything that might go bump in the night, there’s another scenario playing out behind the scenes that the readers are delightfully aware of. There’s even a ‘spot the spook’ challenge at the end of the book so readers can tot up their own tally.

With a funny premise of a little girl who thinks she knows it all being playfully hoodwinked by a cast of happy ghosts, this delightful tale is told in the most sumptuous of colour palettes of soft coral pink, dusty blue and mustard. The illustrations also have a retro feel – rather fittingly, as Georgia is clearly a fan of Mid-Century Modern design.

Fun fact The tradition of carving jack-o’-lanterns originated in Ireland, but they used turnips and beets instead of pumpkins.

Did you know? Pumpkins are known for their orange hue, but did you know the gourd can be found in many different colours, including white, red, green, yellow and even blue!