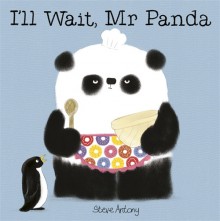 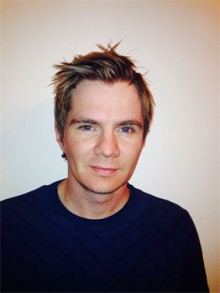 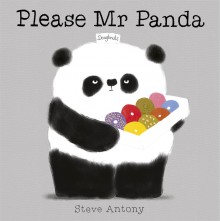 The inscrutable Mr Panda is back and he’s still on his determined mission to champion good manners. This time he’s promoting patience – with comical results.

Mr Panda has donned his apron for baking day. And everyone knows what that means: there must be some delicious baked goods in store! The eager anticipation is palpable – but the wait seems interminable.

A succession of animals quiz Mr Panda – all depicted in monochrome black and white include a delightfully fluffy llama who looks like he’s wearing a hairy beret – but each one departs disappointed.

Every eager approach is swiftly dealt with in the deadpan sang-froid tone as Mr Panda repeats the same refrain: “Wait and see. It’s a surprise.” But what will be the reward for the penguin
who waits patiently?

As the other animals give up the ghost and leave, a little penguin waits patiently. And waits… and waits… And when his payback finally comes, it is bigger and sweeter than he could ever have dreamed.

This is a wonderful sequel to Antony’s Please, Mr Panda, where the delightfully poker-faced panda once again promotes good-old fashioned manners. And there’s none of that parental propensity to give in to toddler demands. This Tsar of Etiquette sticks resolutely to his guns with his own inimitable brand of tough love.

Using a cast of striking black and white characters against a muted grey background, Antony skillfully manages to evoke the agitated impatience of the animals with the haughty air-sniffing of the llama to the goose flying off in huff. In contrast, the little penguin is such a paragon of virtue that he really deserves his just deserts. And boy, does he get it!

Parents keen to promote good manners (that’s all of us, surely?) will appreciate Mr Panda’s help – even if we decide against his rather frosty Paul Hollywood glare – in teaching the old adage that everything comes to he who waits. And it’s a tough lesson for young children who have little concept of time and a natural desire for instant gratification. (It also reminded me of my own childhood, when my siblings and I would ask my mother “what’s for dinner?”, and she would reply “Wait and see pie”).

I’ll Wait, Mr Panda is brilliantly funny, charming and well worth the wait. But, please Mr Antony, tell us we won’t have to wait too long for our next lesson.

Did you know? Celebrated on the first Friday of June every year, National Doughnut Day originated in 1938 to honour The Salvation Army’s ‘doughnut girls,’ who served the treats to American soldiers during World War I.

*** MORE PANDA PANDEMONIUM *** Check out our review of Mr Panda’s debut Please Mr Panda, and a panda in a paddy in Sophy Henn’s delightful Pom Pom Gets the Grumps. 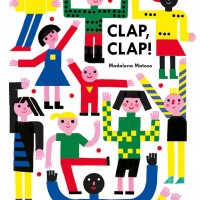