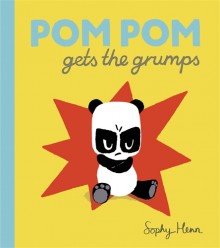 POM POM GETS THE GRUMPS 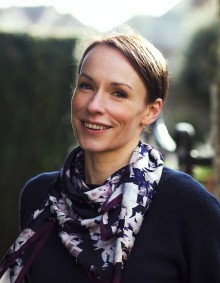 Pom Pom Gets the Grumps

From the moment he rouses from his sleepy slumber and gets out of bed the wrong side – oops! – Pom Pom is having one of those out-of-sorts days when nothing seems to be going his way. Oh dear, what’s to be done?

“Harrumph!” is the glorious word that sums up the grizzly mood that has befallen a little panda bear called Pom Pom. He can’t find his blanky, his baby brother is making an annoying din, his mummy is singing silly, soppy songs (we know what mummies are like!) and his cereal is soggy. Even his hair is in revolt, sprouting up in a defiant comical quiff every time he times to tame it. Harrumph indeed!

Pom Pom has got his best pouty face on, as he mopes about in discontent and wallows in his misery. What’s more, no-one is pandering to the poor panda’s paddy, so how will he ever shake off this blue funk?

His day goes from bad to worse. His festering mood deteriorates and everything and everyone is getting on his nerves. The sun is too shiny, the birds are too tweety and the kids in the playground are way too perky for his liking. As his growing frustrations get the better of him, Pom Pom finally blows his top and screams at everyone to “GO AWAY!”

And they do. That’s when it dawns on our bad-tempered grumpster that his behaviour is out of order, especially when his friends were only trying to cajole him out of his cranky mood. Can he make amends? That’s when the magic word ‘sorry’ comes in handy.

Pom Pom Get the Grumps is a gorgeously illustrated and wonderfully empowering book that will show tempestuous toddlers (or indeed anyone prone to occasional strops) that they can become master of their emotions. It also acknowledges that everyone has off days.

With a simple text that includes a liberal smattering of “Harrumphs”, it is the myriad expressions and degrees of disgruntlement of little Pom Pom that really raise a smile – though of course as any wise parent knows, you should never laugh at a toddler in a huff, as it may just tip them over the edge!

Top marks, too, for the beautiful design touches with the textured matte cover that is reminiscent of old-style clothbound books, and the spine and title rendered in a very fetching Tiffany blue. Having the star of the show, Pom Pom, quite literally sitting in a star also lends a theatrical, almost circus like, feel with the star motif being repeated in the very pretty end papers.

If you like panda tales, read our review on the delightful Please Mr Panda by Steve Anthony.

Fun fact The eye spots of a giant panda cub are initially in the shape of a circle. As the cub grows, the circles become more shaped like a teardrop. Discover more fun facts in P is for Panda.

Did you know? According to Tibetan legend, the panda was once an all-white bear. When a small shepherdess tried to save a panda cub from being attacked by a leopard, the leopard killed the girl instead. Pandas came to her funeral wearing armbands of black ashes. As they wiped the tears from their eyes, hugged each other, and covered the ears to block out the sound of mourning, their fur became blackened with the ashes giving panda’s their distinctive black-and-white markings.