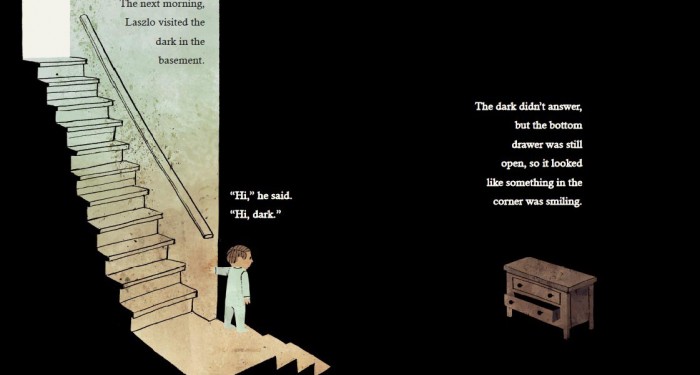 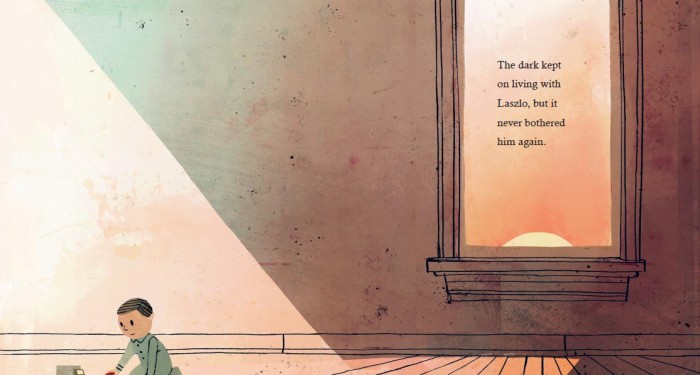 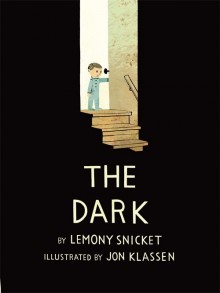 There’s drama and cinematic tension as one young boy faces his fear to venture into the dark – and makes a surprising discovery.

Fear of the dark is a common cause of childhood (maybe even some grown-up) angst. When you consider the sparse interior of Lazlo’s home – “a big place with creaky roof, smooth cold windows and several flights of stairs” – you can hardly blame the poor lad for getting occasional chills.

Penned by the master of dark (ahem) storytelling Lemony Snicket, ‘The Dark’ is artfully personified as a lurking force that pervades hidden corners and permeates dingy crevices, but mostly it lives downstairs

One night, however, the Dark invites Lazlo into his basement home. You might think common sense would urge Lazlo to keep to the bright safety of the light, but where’s the adventure in that?

So, in the true spirit of the scary movie genre, Lazlo dutifully ventures into the dark unknown and, even though we might secretly want to shout out ‘Don’t go there!’, there’s also a sense of suspense and expectant glee as readers wonder what lies ahead

In a surprising twist, the Dark is not such a bad guy after all as he explains the important role he plays – for example, without the dark we’d never see the stars. He also bestows a gift that ensures the Dark will never bother Lazlo again. Let’s just call it a ‘light bulb moment.’

Whilst not necessarily guaranteed to dispel fears, this offbeat picture book has the signature quirkiness of Snicket’s novels A Series of Unfortunate Events that brings a wry smile. Readers will feel plenty of empathy with lone figure Lazlo, who strikes a solitary figure as he plays, but it also begs questions about his back story: where are his parents?

There are also moments of cinematic suspense, as Lazlo is slowly but surely lured into the basement, not knowing what to expect, that are worthy of Hitchcock. Here,  illustrator Jon Kalssen proves the perfect accomplice to Snicket, as his brilliant use of shades of black bring a cinematic depth worthy of the best films noirs – but with a happy ending.

Fun fact As well as lighting up the night sky, the moon also controls the world’s oceans. The moon is the reason we have high and low tides. Only 12 people have ever set foot there, but because there is no wind if you visited the moon today you would still see their footprints.

Did you know? Author Daniel Handler first used the pseudonym Lemony Snicket when he was researching his first book The Basic Eight to find offensive or funny, but he did not want to use his real name. The name’s similarity to Jiminy Cricket, Handler said, was “likely a Freudian slip.” Handler describes Jiminy Cricket as “exactly the kind of overly moralistic, cheerful narrator who I despise.”

Author notes Lemony Snicket is the pen name of American novelist Daniel Handler (born February 28, 1970). Snicket is the author of many children’s biographies, serving as the narrator of A Series of Unfortunate Events, his best-known work, and appearing as a character within the series.

Illustrator Jon Klassen was born in Winnipeg, Canada, where the dark arrives early for much of the year. He has written and illustrated many books, including I Want My Hat Back and This Is Not My Hat.