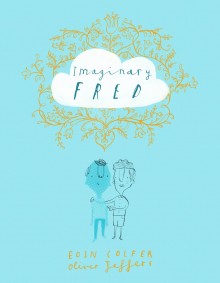 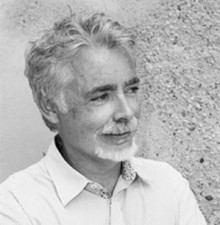 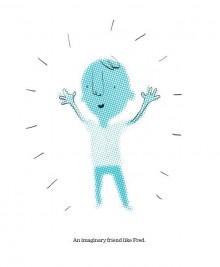 An imaginary friend can become a wonderful companion to a young child, boosting confidence and inspiring imagination. But what becomes of the imaginary playmate when he becomes surplus to requirements? Let Imaginary Fred tell you…

Loneliness sucks. It’s right up there on the list of suckiness with being stung on the head by a bee on a rainy day. But you know what would surely cure that loneliness? An imaginary friend who is always ready and willing for fun.

That’s the fate of solitary Sam, who one day finds himself the lucky recipient of a brand new imaginary friend called Fred. You couldn’t wish for a more accommodating accomplice: Fred happy to go to any length to keep his friend happy, and the two become inseparable as they play, plot and plan.

Then, one day, just as Fred had predicted, the worst has happened and Sam has found himself a real friend, Sammi. Despite Sam’s assurances that “You’re still my main man”, Fred is nervous that it’s all going pear-shaped – but there’s a happy surprise in store. Sammi also has an imaginary friend, Frieda, so they become a happy quartet.

The Colfer-Jeffers collaboration is a match made in heaven, with wit and warmth in both the words and pictures.

Although the imaginary friend is a common theme in children’s books, this is the story seen from the other side, as Colfer says “move the nerd or the bad guy centre stage”, so Fred becomes the central protagonist who tells his own poignant story, with plenty of fun thrown in on the way.

Jeffers illustrations – mostly black and white and pale blue, with Fred and Frieda rendered in dotty pixilated form to show the near-invisible aura  – are the perfect complement, to the text. Oliver Jeffers has a rare gift for creating personable and endearing characters with seemingly simple strokes and brilliantly expressive faces.

There’s also plenty of humorous details to spot in the pictures, including a delightful scene set around the toilet where the beret-wearing quartet are discussing possible names for their band with a very French “pffft, c’est nul” and a cheeky spot of product placement where Fred and Sam are seen reading Artemis Fowl and Lost and Found.

The idea of a ‘dream team’ is often hyped up. In this instance, the dream team is no figment of the imagination: it’s most definitely the real thing.

Fun fact Research has indicated that children with imaginary friends tend to be more social, less introverted, more expressive with peers and more empathetic to others. Boys tend to have male imaginary friends while girls may have friends of both genders.

Did you know? In the 1950 comedy drama Harvey, James Stewart plays a grown man with an imaginary friend. Harvey is also described as a pooka, a mischievous sprite from Celtic mythology that takes the appearance of an animal, usually much bigger than normal – in this case, a 6ft 3in rabbit.

Author notes Eoin Colfer (pronounced Owen) was born in Wexford, Ireland in 1965, where he and his four brothers were brought up by his father (a school teacher, historian and artist of note) and mother (a drama teacher). He first developed an interest in writing in primary school with gripping Viking stories inspired by history he was learning in school at the time. In 2001, the first Artemis Fowl book was published and he was able to resign from teaching and concentrate fully on writing. The Artemis Fowl series has since sold over 20 million copies worldwide and is now concluding with the final book The Last Guardian.

Illustrator Profile Born in Australia in 1977, Oliver Jeffers grew up in Northern Ireland. He now lives in Brooklyn, New York and has won countless illustration awards, including the CBI Bisto Award for How to Catch a Star. Although he focuses primarily on children’s books, his work has been exhibited at the National Portrait Gallery in London and a collection of his illustrations, Neither Here nor There, was published by art and design powerhouse Gestalten in 2012. The boy and penguin from Lost and Found return in the sequel, Up and Down, published in 2011. Thus far (July) in 2014 he has won four new awards, three for his work with The Day The Crayons Quit, as well as The Hay Festival of Literature and the Arts 2014 Inaugural Hay Medal for an Outstanding Body of Work. There is now a sequel: The Day The Crayons Came Home.