Two nights for a family of four, costs £1320 including breakfast. The Dower House (with three bedrooms) costs from £4,200 per night.
Pony Camp From £200
Polo Training From £160 per hour Horses at the ready for Polo
 One of the exclusive Dorchester Collection of hotels, Coworth Park is a luxury country house hotel that sits on the border of the historic Windsor Great Park, only a few miles from Royal Ascot and the Queen’s residence at Windsor Castle (plus Legoland too…)

Surrounded by picturesque parkland, this Georgian manor is only 20 minutes drive from Heathrow Airport, 45 minutes from London, and offers sophisticated country pursuits, including tennis, horse riding and polo. It is here that the former captain of the English national polo team, Andrew Hine, has established a ‘Guards Polo Academy’, where visitors to the hotel can learn polo skills with Hine and his team. However, this house has a long history in horsemanship.

In 1879 and 1883, the Prince and Princess of Wales, the future King Edward VII and Queen Alexandra, stayed here to attend racing at nearby Royal Ascot. And in 1899, the house became the home of the 17th Earl of Lord Derby who bought it in 1899 and lived here for almost 50 years. His love of racing led to three winners of the Derby (named after the 12th Earl of Derby) and six of the St Leger.

These days, the options for equestrian experiences here range from a day at the races at Ascot to horse riding the extensive grounds, training with the Guards Polo Academy, or attending a Pony Club for kids – both for guests and non-guests

And when days are rainy (or tiny posteriors are a little saddle weary), there’s a kids club for children aged 2 to 8, a teen den with a library of films and computer games for older kids aged 8 and older, as well as a host of outdoor activities including treasure hunts, mountain biking, football, basketball, tennis, croquet and swimming the luxurious indoor pool.

Yearlings Ages 4 and over.

Pace For children, Pony Camps are run daily during holiday and half-term periods and are available to both resident and non-residents of all abilities. Starting at 10.00, each day starts with an hour-long riding lesson followed by a different ‘stable topic’, ranging from stable management to grooming and caring for ponies and horses. Each afternoon a second learning activity takes place, such as polo lessons or carriage-driving. Treasure hunts and obstacle courses on horseback finish the day at 16.00. For adults and children aged over ten, there are also half or full day Discover Polo programmes, where you can train with Andrew Hine.

Stables There are 30 rooms and suites in the Georgian mansion house, and another 40 rooms and suites peppered across the property in a variety of stables and cottages. If you prefer a little more seclusion, opt for the self-contained converted Stables and Cottages or, for a larger family getaway, check in to Dower House – a three-bedroom, grade II-listed Georgian residence with its own kitchen, living rooms, and garden with a stream.

Feedbag Restaurant Coworth Park’s ‘Best of British’ menu showcases locally-sourced seasonal ingredients, including Cumbrian beef, Middlewhite pork and Cornish bass. The Barn is a more low-key affair, where diners are more than welcome to keep their muddy riding boots on while they settle by the fire with a pint and gastro-pub style comfort food. For breakfast, lunch and snacks, Café Spatisserie is the spot to stop, while afternoon tea is served twice a day here, and also in the Drawing Room. If children are attending Pony Camps, their lunch is prepared straight from the gourmet kitchens of Coworth Park.

Environmental Stars The hotel also has in place a number of initiatives to make it energy efficient, including a biomass boiler for carbon-neutral fuel supply, solar glazing, and recycling of rain and surface water for irrigation. The Spa at Coworth Park was predominantly constructed using carbon-negative lime hemp spine and external walls. 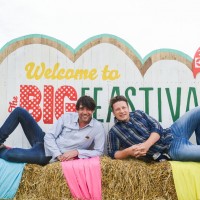