Written with reluctant readers in mind, the Otter Chaos series is packed with lively action, humour and illustrations to charm even those children who sniff out bedtime stories as ‘unofficial homework’.

Two families of otters – the Browns and the Blacks – live happily together in a large beaver lodge on the bank of a river. They never used to be friends (that’s the stuff of a previous book in the series, if your child enjoys this one), but now all 18 of them – old otters, mum and dad otters and their pups – commune in harmony, coming together each night for their delicious fish suppers. Except the food starts to get scarce when some large toothed creatures decide to move in and build a dam upstream…

With large type text, black and white cartoony illustrations and an undemanding narrative style, Otter Chaos: Dam Busters follows the daring Otters as they face up to the over-eager Beavers. But each time the Otters try to make a stand, the Beavers fight back with bigger, bolder dams.

“I have a particular interest in writing for reluctant readers, having been one myself,” says author Michael Broad, “so I try to pack as much adventure into as few words as possible while including as many illustrations as publishers will allow.”

His attempts work a treat with the lively dialogue and friendship themes making this is a good choice for readers who are beginning to read independently. The book sleeve suggests ages 7+ but if you have a confident reader who is younger than this, they will enjoy it too.

Author Notes Michael Broad lives in Surrey, England, and has written many books for children, including the young fiction series The Unbelievable Adventures of Jake Cake. He studied illustration at Portsmouth University in England before heading to Westminster University where he studied psychotherapy for two years before his first book was published. He has had numerous award nominations, including the Kate Greenaway Medal in 2008 for Scaredy Cat and Boo! 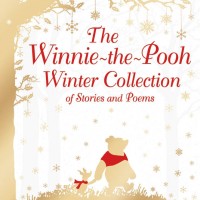 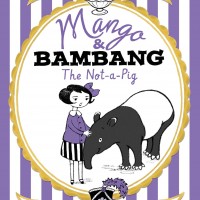