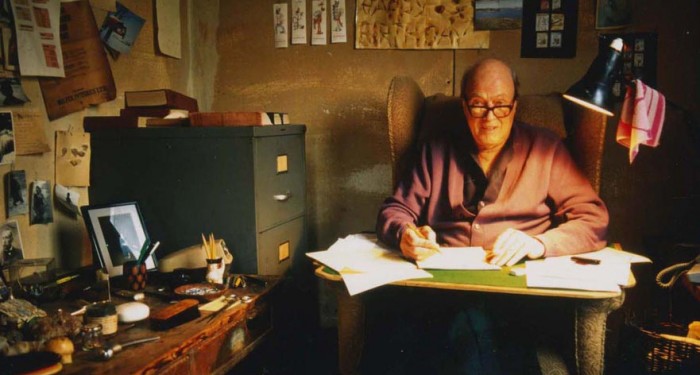 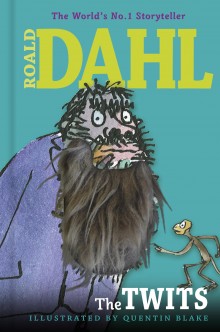 September 13 marks the birthday of Roald Dahl, one of the world’s best-loved storytellers: this year, 2015, would have been his 99th birthday! So let’s raise a glass to celebrate – with a tipple of Willy Wonka’s Fizzy Lifting Drink, of course.

He brought us an eccentric cast of crazy characters, from Willy Wonka to The Twits, a scary bunch of witches and an even scarier pedagogue, Miss Trunchbull. Alongside these were a group of heroic youngsters striving to triumph in the face of adversity: Charlie Bucket, Matilda, Danny… (as well as the rather more odious Veruca Salt, or “the little brute” as the Oompa-Loompas called her). So let’s just say, we have a lot to be thankful for.

The first national Roald Dahl Day was celebrated On 13 September 2006 – on what would have been Roald’s 90th birthday. Response to the event was so phenomenal that Roald Dahl Day is now marked annually, throughout the world. And expect a scrumdiddlyumptious shindig for next year’s 100th centenary in 2016!

So why did Dahl’s quirky take on life strike so many chords, and prove to have such enduring appeal? Best-selling author Anthony Horowitz says this:

Dahl was the first author to
take the children’s side and to collude against the smelly, ugly stupid creatures that inhabit the adult world… He, more than anyone, invented the modern children’s novel. The renaissance in children’s literature
began with Roald Dahl

This year’s Roald Dahl Day celebrations are led by two of Roald Dahl’s most-loved and most-disgusting characters: The Twits. As befits the eccentricity of Dahl’s creations, the new hardback edition of the book comes with a very novel addition: a hairy beard! A worthy successor to the scratch ‘n’ sniff paperback published earlier this year.

Bookshops and libraries throughout the UK are also being transformed into ‘Beard Boutiques’ to host “Get Crafty With The Twits” sessions for Roald Dahl Day. Whether you try crafting, collaging, ripping, sticking or knitting, the challenge is on – to make the most inventive Mr Twit beard.

The Roald Dahl Museum and Story Centre in Dahl’s home town of Great Missenden, Buckinghamshire, is planning an eye-popping day of special events and activities on Sunday 13 September. Treats will include Writing Hut Talks, a delve into the Archive and Village Trails. Come dressed as a Roald Dahl character to be in with the chance of a prize.

For those who like fancy dress, the Dahlicious Dress-Up Day on Friday 25 September is an opportunity for schools around the UK to be overtaken by a host of mischief-making characters, including Mr and Mrs Twit, Oompa-Loompas and Matildas – and raise money for Roald Dahl’s Marvellous Children’s Charity at the same time.

Schools in the UK, and around the world, can also sign up for a very special Twits-inspired Puffin Virtually Live broadcast on Sept 25 14–14:30 GMT, which will expolore the disgusting story of THE TWITS, celebrate Roald Dahl’s tricksiest characters and go behind-the-scenes of the Roald Dahl apps. To view the live broadcast, sign up for free at www.puffinvirtuallylive.co.uk.

Fun fact Roald Dahl may have invented over 250 new words, many of  of which appear in The BFG (short for “Big Friendly Giant”). These include buckswashling for swashbuckling, catasterous for a disastrous catastrophe; delumptious for delicious, gruncious for awful, and hopscotchy for cheerful. And speaking of giants, Dahl – at 6 ft 6 in (1.98 m) tall – was rather a tall fellow himself.

Did you know? Dahl’s first children’s book The Gremlins was published in 1943. It was written for Walt Disney Productions, as a promotional device for a feature-length animated film that was never made. Dahl also wrote the screenplays for Chitty Chitty Bang Bang and the Bond movie You Only Live Twice, both written by his friend Ian Fleming. American writer Ernest Hemingway was also one of Dahl’s literary friends.

Author notes Born in Cardiff of Norwegian descent, Roald Dahl (1916–1990) was one of the world’s most inventive, mischievous, and successful storytellers. His stories are currently available in 58 languages and, by a conservative estimate, have sold more than 200 million books.

Many of Roald Dahl’s best-loved stories have been adapted for stage and screen. High-profile film adaptations include Willy Wonka and the Chocolate Factory (1971), James and the Giant Peach (1996), Matilda (1996), Charlie and the Chocolate Factory (2005) and Fantastic Mr Fox (2009). The next movie will be Steven Spielberg’s adaptation of The BFG, set for release in July 2016.

The Royal Shakespeare Company’s phenomenally successful award-winning stage version of Matilda The Musical continues to play to packed audiences in London’s West End and on Broadway, ahead of its Australia opening and US tour later in 2015. Over a million people have seen the acclaimed West End musical production of Charlie and the Chocolate Factory, directed by Sam Mendes since its opening in June 2013. A mischievous new adaptation of Roald Dahl’s The Twits by Enda Walsh premiered at London’s Royal Court in April 2015. In July 2015, the first app to feature Roald Dahl characters, Twit or Miss, launched.