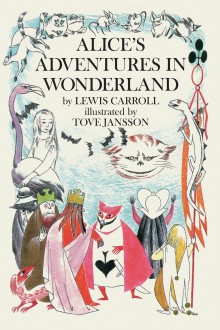 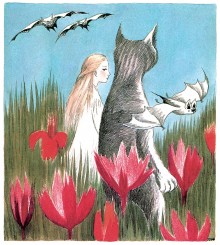 But do cats eat bats, I wonder?
 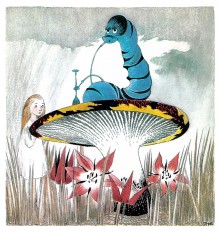 A large blue caterpillar, sitting atop a mushroom and smoking a long hookah

The fantastical world of Lewis Carroll’s Wonderland meets the whimsical artistry of The Moomins’ creator Tove Jansson in this gorgeous edition of the classic tale.

As one of the world’s most famous and well-loved fictional heroines of all time, Alice in Wonderland has become the poster girl for the curious of mind and the vivacious of spirit – no wonder artists leap at the chance to add their own personal interpretation to such an iconic character.

And so it was for Finnish born artist Tove Jansson, famous for creating her own wonderland of whimsical creatures in The Moomins, who was approached by publisher Ake Runnquist to illustrate a new Swedish translation of Alice’s Adventures in Wonderland in 1966. When he received the illustrations, Runnquist immediately sent Tove a telegram: ‘Congratulations for Alice – you have produced a masterpiece.’

Jansson’s long-locked Alice has the serenity of a blonde Scandinavian beauty. And there are shades of the indomitable spirit of one of Tove’s best-loved creations Little My in Alice’s occasionally haughty glare

This stunning edition has Lewis Carroll’s highly imaginative and original text, described by The Times on its first publication as “an excellent piece of nonsense”. The playful narrative is filled with topsy-turvy antics, magical ‘Drink Me’ potions, comical riddles and crazy conundrums, as well as witty one-liners and play on words. What are shoes under the sea made of? Soles and ‘eels, of course!

Tove presents her own unique interpretation of some of Lewis Carroll’s memorable cast of crazy creatures – from the tardy White Rabbit tutting “Oh, my ears and whiskers” to the grouchy Duchess with her bawling baby and a hookah-smoking giant blue caterpillar.

The majority of Jansson’s illustrations are black pen and ink, with a scratchy effect slightly reminiscent of John Tenniel’s original engravings but with Tove’s distinct aesthetics – the higgledy-piggedly line-up of dishes and hats along the counter at the Mad Hatter’s Tea Party could easily sit in the Moomins’ kitchen. The smattering of colour illustrations – 12 including the cover – give the artist a chance to create dreamier landscapes with pink and orange-tinged skies and deep dark oceans.

But the star of the show is always Alice. As a heroine who was created in the Victorian era, Alice should conform to the consensus that children should be seen and not heard. But not this young rebel. Alice doesn’t hold back on making her voice heard and her opinions aired. And don’t we love her for it!

As Alice herself says: what use is a book without pictures or conversations? Thankfully, this beautiful tome has both – in buckets.

Did you know? Lewis Carroll originally illustrated Alice’s Adventures in Wonderland himself, but his artistic abilities were limited. As a regular reader of Punch magazine, Carroll was familiar with the work of illustrator and political cartoonist John Tenniel, whom he commissioned to illustrate the first edition of Alice’s Adventures in Wonderland in 1865.

Fun fact ‘Why is a raven like a writing desk?’ was the nonsensical riddle posed by the Mad Hatter – but with no answer. After being badgered by people nonstop since the book’s original publication, Lewis Carroll himself also wrote this answer: “Because it can produce a few notes, though they are very flat; and it is never put with the wrong end in front!” Originally, Carroll spelled ‘never,’ as ‘nevar’ — ‘raven’ spelled backwards — but a proofreader erased the inverted pun before it was published.

Author notes Charles Lutwidge Dodgson (1832–1898), better known by his pen name Lewis Carroll, was an English writer, mathematician, logician, Anglican deacon, and photographer. His most famous writings are Alice’s Adventures in Wonderland, its sequel Through the Looking-Glass, which includes the poem Jabberwocky, and the poem The Hunting of the Snark, all examples of the genre of literary nonsense. He is noted for his facility at word play, logic, and fantasy.

Tove Marika Jansson (1914–2001) was a Swedish-speaking Finnish novelist, painter, illustrator and comic strip author, best known as the creator of the Moomin books. Jansson received the Hans Christian Andersen Medal in 1966 for her contribution as a children’s writer. Starting with the semi-autobiographical Bildhuggarens dotter (Sculptor’s Daughter) in 1968, Jansson also wrote six novels and five books of short stories for adults. 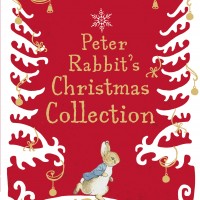