After stealing the show in Despicable Me, it was only a matter of time before the diddy yellow critters took centre stage. They’re still desperately seeking the most despicable master they can find – and it looks like Scarlett Overkill just might fit the bill.

Life would be oh so much simpler if the Minions didn’t have one fatal flaw. There’s just something about an archetypal villain that attracts them and they are never happier than when they are bowing down to a nefarious scoundrel. Whether a terrifying T-Rex or an abominable snowman, the Minions are in their element when villainy is in the vicinity.

Unfortunately, the hapless Minions also have a rather comic propensity to inadvertently bring misfortune on the objects of their affection, leading to disaster (and extinction) for dinos, cave men and yetis. Yet life for a minion without a baddie is lack lustre, so a plan is hatched by Kevin, Bob and Stuart to find a new evil overlord.

And so their epic odyssey – and minion mania – begins…

Little bundles of sunshine yellow mischief, the diminutive Minions are an amiable mash-up of munchkin-meets-oompa-loompa, with a dash of Monty Python craziness thrown in for good measure. Adorable? Yes.
Clever? Erm, not so much.

Safe to say that catastrophe fairly follows the minions wherever they go. Even when the quirky Nelson family offer them a lift, they turn out to be turn out to be a Bonnie and Clyde clan of bank robbers. They also happen to be on their way to Villain-Con, the major convention where criminals gather and the star of the show is Scarlett Overkill (voiced by Sandra Bullock). The minions are instantly smitten.

After proving their worth to the dastardly diva (through the usual comic mishaps rather than by design), the minions set about their mistress’s work to steal the Crown Jewels of England. Armed with an unusual armory of a hypnotising hat, a lava gun and a stretching arm, they really do have the best intentions to serve, but once again things go awry. Bob somehow manages to retrieve the mythical sword in the stone and is crowned King. And boy is Scarlett seeing red!

Cue major mayhem around the streets of London as the minions try to redeem themselves in Scarlett’s eyes, but her anger is unremitting. And amid all this ensuing chaos, there’s a chance for a mini master criminal to win the day – and the hearts of the minions who have found a worthy new master of truly despicable dimensions: Gru.

Feel-good factor Endearingly cute with a penchant for mischief, the minions have plenty of crowd appeal. Their nonsensical lingo (which consists of babble with the occasional recognisable word or phrase like ‘que pasa?’) also gives poetic licence for lots of visual gags and funny facial expressions.

Scare score Scarlett Overkill is quite a piece of work in the grand gleeful tradition of Cruella de Vil – even her bedtime story is a cautionary rather than a comforting tale. There’s a few comic chases that might set the heart racing and some mock violence at the hands of Scarlett’s husband and henchman Herb (bearing a striking resemblance to Tour de France cycling supremo Bradley Wiggins with a Paul Weller haircut) inflicting torture in the Queen’s dungeons.

Biggest laugh The prologue to the main action chronicles the minion’s role throughout history where their gross incompetence has wreaked havoc for dinosaurs, cavemen and phaoroahs. We also like the idea of the jovial Queen of England (hoity-toitily voiced by Jennifer Saunders) knocking back a few pints in the pub when she is usurped from her throne.

The Moral of the Tale Stick together and you will succeed. And don’t ever trust an arch villain.

Parenting Motto “We have big dreams and we will do anything to make them come true.” (Though we’re thinking more honourable dreams than world domination here).

Fun fact The Minion’s mumbling chatter is actually referred to as “Minionese.” It is a mix of Spanish, English, French, and Italian, with additional elements of Russian and Korean. A lot of the words that they speak are actually names for different foods.

Did you know? Despicable Me 2 is one of the biggest movies of all time in terms of worldwide gross revenue, and is the fourth biggest animated film in terms of revenue behind Frozen, Toy Story 3 and The Lion King. And it looks like the money spinning venture will continue, with future fun and adventure from Gru and the minions as a third Despicable Me film has been confirmed and is due for release in summer 2017. 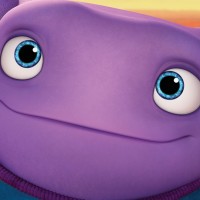 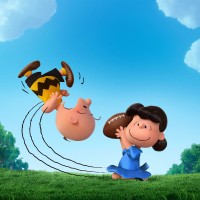