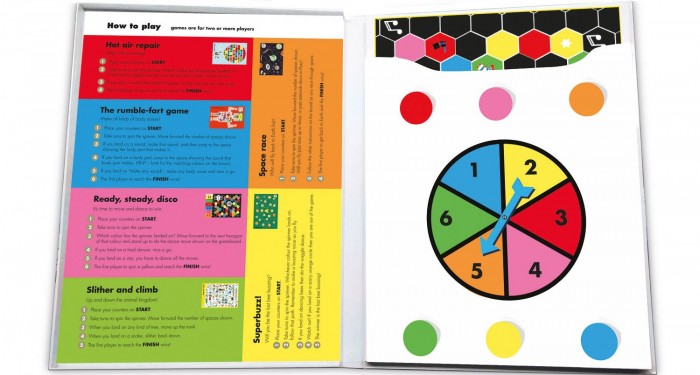 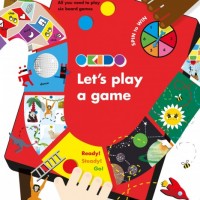 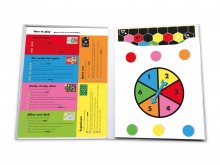 The interior of the Let's Play A Game box set with instructions on the left hand side, the spinner and counters on the right and the three boards neatly tucked in behind the spinner

Created by the fabulously inventive people at OKIDO, Let’s Play A Game is a brilliant box set of six board games with all the required kit (six counters and a spinning dial) to deliver hours of lively family frolics.

From the simplicity of Hot Air Repair (spin the dial and whatever colour you land on, move your counter to the matching colour in the next level on the balloon) to the dance moves of Ready, Steady, Disco! (just hope you don’t land on a star!!), there will be a favourite game here for everyone in the family, from your toddler through to tween. The games are pretty fast to play, taking only about 15 to 20 minutes each when played with two players, and proportionately more with each additional player.

With all the game pieces safely stored inside the sturdy cardboard slipcase, Let’s Play A Game is a great option for travels, offering plenty of variety to stave off any hint of boredom

So how do you play? Select the game you want to play – we suggest spinning the spinner to select which one to play if the debate gets too heated – then choose your personal colour counter and place it on Start (this is the same on each of the six games), then spin the spinner to start playing – which is, again, an integral part of the game box, so you won’t ever lose it (clever designers!). Each game uses the spinner in different ways: in some games, the play is led by the colour that the spinner lands on, while others use only the number to direct how many moves you make. Still others make use of both the colour and the number combination.
THE GAMES

Players You need a minimum of two people to play any of these games, and while there is no age recommendation, we would suggest that children from about two could happily participate in the Hot Air Repair game, while the other games are better for ages 5+, although of course Rumble-Fart and Ready, Steady Disco! will have kids up to the age of Mummys and Daddys highly entertained.

Keep in Mind… Each game requires the ability to recognise numbers, apart from Hot Air Balloon, which is based on colours.

What Kids Love There is a game here for everyone – The Rumble-Fart Game for kids who love making body noises, Space Race for a little astronaut, Ready Steady Dance for those with lots of energy!

What Parents Love Just when you think the kids might be getting bored of one game, out comes the next one… hello, rainy day!

Designer Details OKIDO is an innovative science and arts magazine for kids that was launched back in 2007. The brainchild of multimedia designer, scientist and teacher, Dr Sophie Dauvois and illustrator Rachel Ortas, it is brilliantly illustrated and written by contemporary designers, illustrators and authors. In spring 2015, the OKIDO television show will air on the BBC. 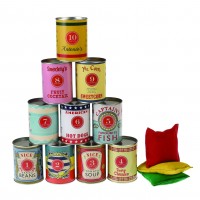