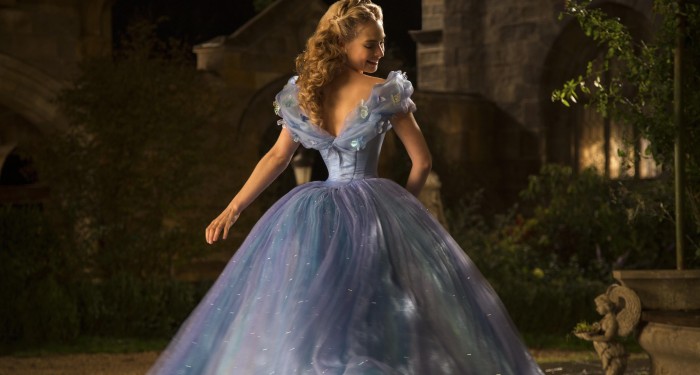 If the shoe fits…

She’s famous for rising from the ashes to nab herself the most eligible bachelor in the land, but she is also renowned for her novel choice of footwear: glass slippers. Now Cinderella’s footwear is being reimagined for the 21st Century by a fashion elite of shoe designers.

With the new Disney live-action film Cinderella bringing old-style romance and fairytale glamour to our screens, the lavish costumes are much admired, with actress Lily James looking positively radiant in a stunning light-as-gossamer ballgown. But it’s Cinderella’s glass slippers that have become the most iconic symbol of this fairytale princess.

Oscar-winning costume designer Sandy Powell found inspiration for Cinderella’s slippers from an 1890’s design she discovered in a museum. The 5-inch heels gave the shoes a modern look that was still suitable for the fairytale. Casts were made of the shoes, which were sent to a company that created the slippers out of cut crystal. The shoe is made up of three pieces of crystal fastened together. The crystal slipper was only used as a prop, and scenes that show the slippers were added using CGI after the filming was completed.

Designing for royalty has always been a prestigious coup for any designer, and who could resist a commission to create a glass slipper for none other than Cinderella? The answer: not many. So when Disney put out the call, the designers cried ‘Yes’. And we’re talking the most celebrated names in shoe design today: Jimmy Choo, Christian Louboutin, Manolo Blahnik, Salvatore Ferragamo, Paul Andrew, Alexandre Birman, Rene Caovilla, Nicholas Kirkwood, Charlotte Olympia, Jerone C Rousseau and Stuart Weitzman.

“I think every girl desires a Cinderella moment in her life,” says Sandra Choi, Creative Director of Jimmy Choo. “This story ignites a love affair and fascination with shoes that never dies. The power they have to transform is instilled from a young age and the fantasy remains alive forever. I wanted to create a shoe that felt magical, with alluring sparkle and a feminine, timeless silhouette evoking those childhood emotions.”

The shoes will be available to order from Harrods in London, Saks Fifth Avenue in New York and Beverly Hill, Galeries Lafayette in Paris, Excelsior Milano, Tsum in Japan and Isetan Dubai.

Did you know? Ever wondered how good Cinderella is at running in heels? In the recent movie, Cinderella’s long gown came in handy. For her hasty flight from the ball, actress Lily James was able to wear comfortable running shoes because the gown covered her feet completely. In fact, she never actually wore the glass slippers that prove so important to the tale.

Discover more about Cinderella’s rags-to-riches transformation in the brilliant Cinderella: A Fashionable Tale by Steven Guarnaccia, where our heroine has some serious fashion decisions to make! 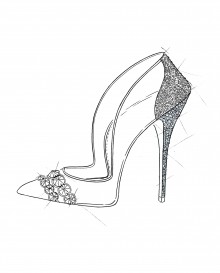 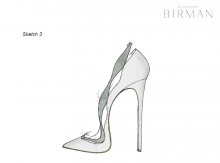 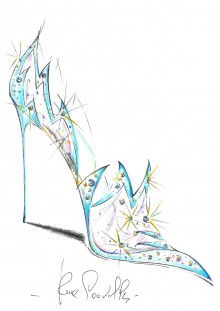 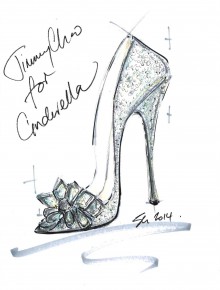 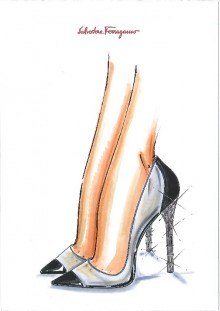 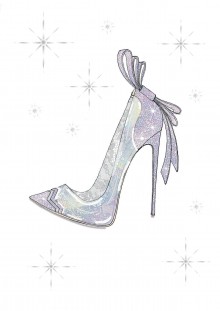 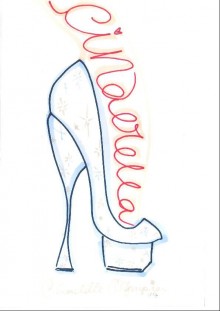 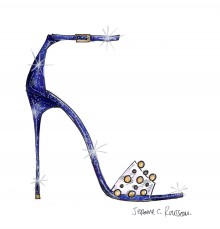 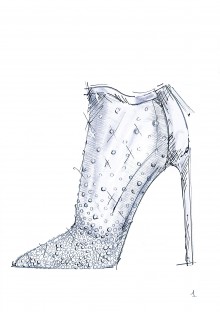