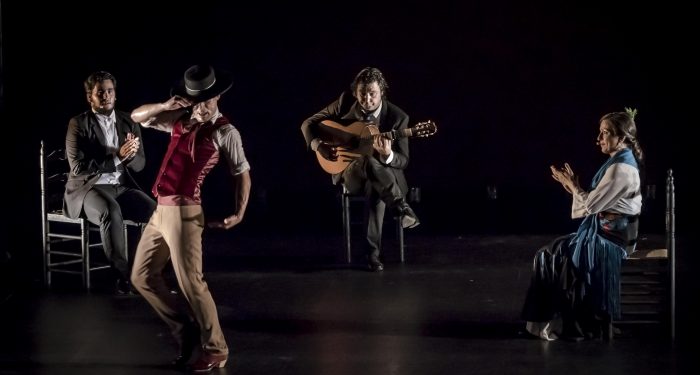 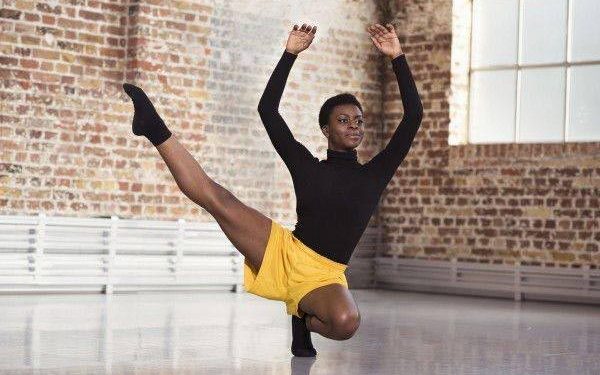 For full season listings, and for details on touring productions, visit the Sadler’s Wells website. 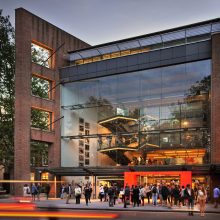 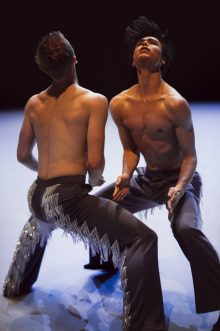 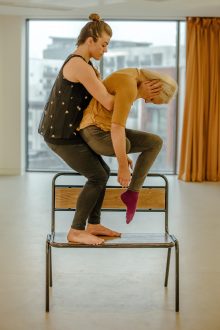 Gotta dance? The perfect place to be inspired is at Sadler’s Wells Sampled, the annual showcase that puts the spotlight on a plethora of styles from classical and contemporary ballet to fast and furious flamenco and hip-hop street style.

Dance: Sampled is a vibrant celebration of the breadth of talent and creativity that exists within the modern dance world. Bringing together an appetising ensemble in a smorgasbord of styles, this exciting show gives the audience a taster of the variety of dance that is performed at London’s famous dance theatre.

Set amid a fittingly darkened stage – Wir Sagen Uns Dunkles translates to We exchange dark words – the performers of the Nederlands Dans Theater 2 (NDT2) demonstrated why they have garnered the reputation as rebellious pioneers in dance. With bodies almost electrified with jerky gesticulations and curious contortions, the tension and passion within their taut frames was palpable, while the contemporary soundtrack by indie rock band Placebo add to the edgy appeal.

The beauty of Dance: Sampled is the variety of dance styles. It also celebrates the talents of up-and-coming performers, with show pieces by winners of BBC Young Dancer: a duet by Joelle Douglas and Harry Barnes that combined strength and agility as two figures battle for dominance in the ultimate dance-off, and a solo by 2017 winner Nafisah Baba.

Call me old-fashioned, but the highlight for me was the mournful  interpretation by prima ballerina Zinaida Yanowsky of The Dying Swan, soulfully swaying and fluttering
its final swan song, as it were.

The real beauty of Dance: Sampled, however, is its insistence that dance should be accessible to all. To prove the point, audience were treated to Dedicated To…, performed by Candoco Dance Company, the leading company of disabled and non-disabled performers, with a wonderfully fluid duet that explores how relationships change, evolve and shape who we are.

For fast and furious, you can’t beat the clicking Cuban heels of Jesus Carmona, the most recognised and requested bailaor in Spain. Dancing practically from the cradle – “When flamenco music played in my house, I would raise my arms and move my hands, even at only a few months old,” he says – Jesus’ performs her art in flamboyant style, alongside traditional guitar and song, bringing a touch of flamenco flair.

The show ended on a high note – literally, with the gymnastic twirling and tumbling of Yeah Yeah Yellow defying gravity in the crew’s dynamic mix of hip hop dance, lighting up the stage with their performance of Yeah Yellow Sunshine.

And to all those parents who are a tad nervous about taking young children to the theatre for the first time, take a tip from NDT dancer Adam Russell-Jones, who recounts how his first family experience of visiting The Nutcracker at the age of seven didn’t exactly turn out to plan: “I remember having to leave the theatre early, because I accidentally spilt my drink on the person in front of me in the auditorium,” he says. Happily, Adam survived the experience and went on to be nominated for one of the highest accolades in German Theatre, The Faust, for his performance in Spectre de la Rose.

Did you know? The Dying Swan (originally called The Swan) is a solo choreographed by Mikhail Fokine in 1905 to Camille Saint-Saens’ Le Cygne from Le Carnival Des Animaux as a piece d’occasion (created for a special occasion). The Dying Swan was created for the ballerina Anna Pavlova, who performed it around 4,000 times. The short ballet, which lasts only four minutes, follows the last moments of the life of a swan, and was first presented in St Petersburg, Russia.

Fun fact The term ‘swan song’ refers to an ancient belief that swans (Cygnus) sing a beautiful song just before their death, having been silent – or alternatively, not so musical – during most of their lifetime. Sadly, it is a myth: swans are more like to make noisy honking sounds, than any tuneful wobbling, but that didn’t stop poets and artistes throughout the ages utilising the rather romantic figure of speech.

Dance: Sampled runs every year as a taster of the variety of shows performed at Sadler’s Wells throughout the year. For details of current shows, including their extensive programme of performances and activities for families, visit the Sadler’s Wells website.

About Sadler’s Wells As a world-leading creative organisation dedicated to dance in all its form, Sadler’s Wells have over three centuries of theatrical heritage and a year-round programme of performance and learning activities, including regular family events. Its goal is to motivate everyone to experience dance – to take part, learn, experience and be inspired.