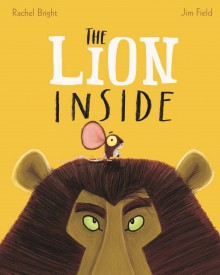 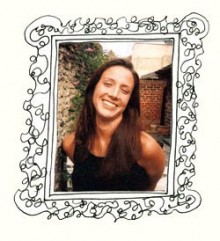 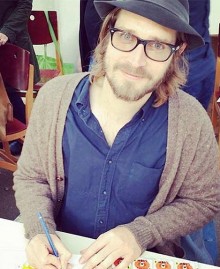 Lion enjoys a position of privilege among his fellow creatures, admired, respected and feared by all. Mouse, mmm, not so much. Yet, looks can be deceiving as this funny fable proves, and an unlikely alliance is forged between the mighty and the meek who discover they actually have quite a lot in common…

It’s not much fun being the littlest critter on the block. Trod on, sat on, ignored and forgotten,  Mouse suffers many indignities in his rodent life, but what can such a small and inconsequential fellow do about it?

It’s another story altogether for Lion who, by mere virtue of birth, is deemed the untouchable King of the Jungle – a position that he clearly relishes as he demonstrates his showmanship with plenty of rock star struttin’.

Well, this mouse has had enough. Fed up of feeling powerless, he decides the seize the moment and take destiny into his own hands.

He may be small but Mouse has mighty aspirations. Why should he accept the lot that life has dealt him? The key to his success, he believes, is to adopt his own ‘roar’ and there’s only one creature who can teach him

Full of trepidation, Mouse bravely creeps up to Mr Lion – and gets the shock of his life when he discovers the big beast is petrified of a teensy mouse!

There are shades of Aesop’s fable of the unlikely alliance between lion and mouse in this fun story of the triumph of the little guy that will appeal to toddlers, or anyone who is struggling with feeling small in a big world. The message is to be strong and true to yourself – and that even the big guys have moments of self-doubt too.

Rachel Bright, a super-talented writer as well as gifted illustrator, provides a delightfully playful and sympathetic text – you have to feel for poor little mouse when he laments that “Forever is such a long time to feel small”. Jim Field’s brilliant illustrations, meanwhile, bring added depth and humour to the characters. You can sense Lion’s arrogant vanity in his puffed-up poses at the start which makes his fearful screams all the more hilarious later. Mouse is full of skittery nerves as he steels himself to approach Lion in a true David and Goliath moment, but proves that – although dainty in size – he’s big on bravery.

The illustrations also play with size and scale too, especially the wonderful moment when Lion and Mouse first come nose to nostril as there’s a momentarily pause of suspended animation and the story could go anywhere…

Luckily, there’s a sweetly happy ending as Lion and Mouse become firm friends, with the moral of the story clearly spelt out: No matter your size, we all have a mouse and a lion inside.

Fun fact Lions are known as the King of Beasts in many cultures of the world. But why? Partly because of a lion’s majestic appearance and ‘kingly’ mane and partly because of the social structure of a pride and the lion’s role in the pride.

Did you know? In 1928, Walt Disney’s Micky Mouse was the first mouse character to be used as a cartoon character to appeal to kids. Mouse characters have remained popular since with others such as Jerry from Tom and Jerry, Stuart Little and Speedy Gonzales.

Author notes Rachel Bright is a wordsmith, illustrator and professional thinker of happy thoughts. Trained in Graphics at Kingston University, followed by an MA in Printmaking at UWE, her striking illustrative style, using a mix of reclaimed type and etching, coupled with her witty storytelling have resulted in an ever-growing collection of acclaimed picture books, enjoyed the world over (including the Love Monster series, What Does Daddy Do? and MINE!). Her award-winning stationery range, the brightside – a collection optimistic thinkings celebrating the art of the silver lining – has sold over 7.5 million cards and 3 million gifts across the globe to date. Rachel lives on a smallholding in the South of England, near the sea, with her fiance Robbie, their daughter River, a dog named Elvis and a cat called Superman.