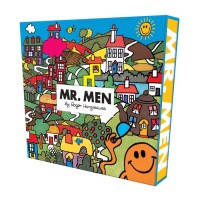 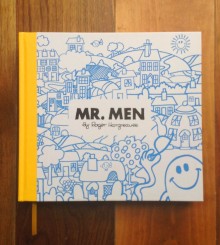 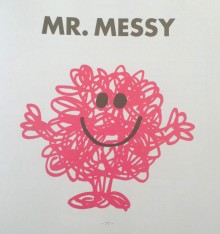 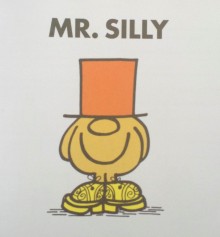 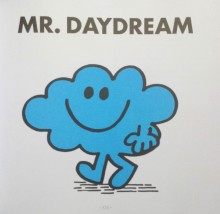 They are among the most instantly recognisable characters in children’s literature, with their simple distinctive design, bold colours and quirky personalities. Can’t choose a favourite? You can get to know all 39 Mr Men in this covetable collectible gift edition.

“What does a tickle look like?” That was the quizzical conundrum posed by Roger Hargreaves’ 8-year-old son, Adam, in 1971. The answer? He’s bright orange, wears a natty little bowler hat and has very long arms that, as the wolf would say, are all the better to tickle you with!

So taken with the personification of a tickle was young Adam that his father, a creative sort working in advertising and with a passion for cartooning, created an accompanying story about Mr Tickle.

With a young family of his own, Hargreaves had distinct ideas of what made a good children’s book: “They have to be small books because small children like small books, and they have to be funny with a picture on every page.”

The result was Hargreaves first series of neat little books – with compact dimensions of 14 x 12.5 cm, making them the perfect take-anywhere book. The first six titles – Messrs Tickle, Greedy, Happy, Nosey, Sneeze and Bump – became an instant hit and the rest, as they say, is history.

Mr Happy, Mr Silly, Mr Bump, Mr Rude… These crazy caricatures created from common human characteristics have become part of pop culture. Their enduring appeal? They represent Every Man – and Every Child – with their funny foibles and loveable ways

So how would you explain the enduring appeal? The story lines are simple, often with good dollop of silliness which young children love. Each story also has a gentle moral whether it’s Mr Greedy learning that eating so much is not always a good idea, or Mr Happy spreading a bit of his joie de vivre with Mr Miserable.

The stories also provide lots of opportunity for young children to explore different emotions and feelings, some of which are more desirable than others, and to see how a character’s actions affect the wider community. But it’s all very mild-mannered and lighthearted: even Mr Rude is not really obnoxious. It’s also a reminder that we all have our Mr Grumpy days, but mostly try to look on the Mr Happy side of life!

Hargreaves also hit upon the clever idea of collectabilty. With a pocket-money price tag (they were 20p each back in 1971), there was a great incentive for children to want all of the titles; if you buy current editions of all the mini titles and line them up in order, you’ll discover that  the words My Mr Men library magically appears.

There will be less temptation to bring this mighty tome out with you: it’s more suited to cosy bedtime reading with your child. One bonus of its bigger size, however, is that you can really appreciate the artistry and humour of the illustrations.

This is a glorious collector’s edition. Encased inside a sturdy slipcase, the cover has a sumptuous coffee-table feel – and appears in blue-and-white outlined drawings rather than Hargreaves’ usual primary colours, which gives it an added air of chic.

With a fascinating introduction about Hargreaves’ life and his ambition for his characters to be successful so that he could retire from his advertising job, become an artist at home and spend more time with his family, it also gives an interesting insight into clever licensing and the power of merchandising.

Did you know? Roger Hargreaves was inspired by Charles M Schulz’s Snoopy, which began life in 1950 in the comic strip Peanuts and became commercially successful beyond this. These days, you’ll find the Mr Men and Little Miss crew on everything from clothing to lunch boxes, toys, stationery and more.

Author notes Charles Roger Hargreaves (1935–1988) was an English author and illustrator of children’s books, most famous for the Mr Men and Little Miss series for very young readers. The simple and humorous stories, with brightly coloured boldly drawn illustrations have been part of popular culture since 1971, with sales of over 85 million copies worldwide in 20 languages. After Roger’s death, his son Adam continued the Mr Men and Little Miss legacy by writing and illustrating more titles. 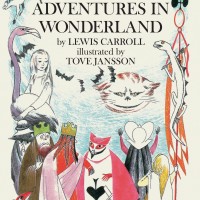