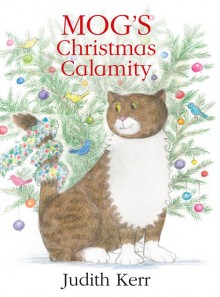 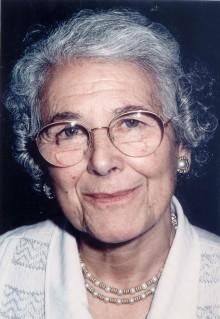 Everyone’s favourite moggy is looking forward to a Christmas Day filled with family fun – and an extra large egg for breakfast. But things don’t go quite according to plan, as calamity strikes and jingle bells are replaced by fire-engine sirens…

Affectionately described by creator Judith Kerr as “always a little bit wild”, Mog has been charming readers with her feline shenanigans since she made her literary debut in Mog The Forgetful Cat in 1970.

Since then, Mog has starred in more than a dozen adventures with one common thread: wherever this kitty goes, mild mayhem and chaos of some form or another tends to follow her wake.

The promise of an exceptional breakfast sends Mog off into a happy slumber but, when she dreams birds are going to steal her breakfast, ahe awakes in a fright, finds herself caught up in tinsel and, shaking her tail furiously to shake it off, inadvertently catches fire.

One disaster leads to another and as a frightened Mog scarpers, the family home is smouldering and everything appears in peril…

Cue a strapping fire brigade to the rescue, as the family are brought to safety and neighbours rally round in the true spirit of Christmas.

This heartwarming tale, illustrated in Judith Kerr’s distinctive soft pencil drawings, showcases beloved Mog at her irrepressible and irresistible best. A big ball of fluffy loveliness with her signature white tummy crying out to be tickled, Mog experiences a roller-coaster ride of emotions, with a gamut of expressions from a cheery smile to a sad and guilty frown.

But this is Christmas and all calamities deserve a happy ‘all’s well that ends well’ conclusion. Which, in Mog’s case, equates to an extra big egg.

An added feel-good bonus is that all profits from the sale of the book to Save the Children to improve child literacy in the UK.

Fun fact Judith Kerr once intimated that Mog would have been easier to draw if she wasn’t a tabby. “I’ve done enough Mog books – you know, drawing all those stripes became very tedious. I wished sometimes I’d made her a plain-coloured cat.”

Did you know? Mog has previously starred in 17 stories, including her farewell Goodbye Mog in 2002. Many fans were upset to read the beloved moggy’s demise, including the Queen’s husband, the Duke of Edinburgh, who asked author Judith Kerr personally why she had “killed her off”.

Author notes Judith Kerr was born in Berlin in 1923, the daughter of a distinguished German writer. She left Germany with her family in 1933 to escape from the Nazis and they arrived in England in 1936, having spent the intervening years in Switzerland and France. She is best known for her children’s books, including the self-illustrated series aoubt Mog and The Tiger Who Came To Tea. She also wrote novels, including When Hitler Stole Pink Rabbit and The Other Way Round, which tells the story of the rise of the Nazis in 1930s Germany from a child’s perspective.