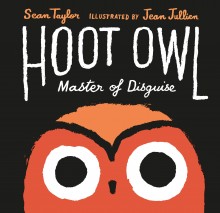 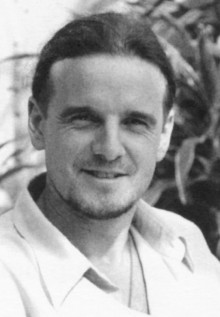 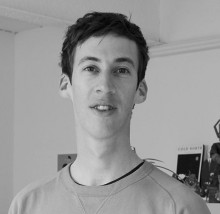 A wide-eyed owl, with a theatrical sense of drama, dons what he believes to be the most cunning of camouflage in an attempt to secure something delicious for his supper. Yet time and time again, his plans are scuppered! And he’s getting very, very hungry…

There’s a touch of thespian melodrama about Hoot Owl. He talks in a rich, evocative language and definitely has a strong sense of self-belief in his own talents – albeit comically misplaced. With the panache of a superhero, Owl does not simply fly: he moves “as quick as a shooting star” and “swoops through the bleak blackness, like a wolf in the air.”

Hoot’s stealth is matched by his cunning (in his own mind, that is). In an attempt to find a delicious supper, he seeks out a succession of potential prey, putting a “perfect” plan into action with every new creature. How to ensnare a tasty rabbit? How about a carrot disguise? Dressing as a mother sheep should dupe a cuddly lamb, and surely a pigeon will be fooled by his ingenious bird bath ruse.

What quickly becomes apparent is that there’s more foolery than mastery in Hoot’s disguises and there follows a succession of epic fails: this delusional Hoot ain’t hoodwinking anybody! What’s more, young readers will soon be hooting with laughter at his antics

Children of a sensitive nature might initially be alarmed by Hoot’s declarations of intent: “Soon my sharp beak will be gobbling the rabbit up.” But as the story continues, it soon becomes clear that any potential prey are quickly able to outwit him. Just like Dastardly and Muttley in their endless pursuit in Stop the Pigeon, the comedy comes from the epic chase.

Jean Jullien’s vivid illustrations, with their bold black outlines, have a brilliantly animated feel: when Hoot says “the night has a thousand eyes, and two are them are mine”, there’s a wonderful moment of suspended animation, where you can imagine various big eyes blinking in the dark.

Perfectly paced, the lilting rhythm and repetitive refrain of the text cries out to be read aloud – with theatrical gusto, of course! Your child will soon be anticipating the words and joining in: “Everyone knows that owls are wise. But as well as being wise, I am a master of disguise.”

Hoot has all the attributes of a new picturebook hero with that perfect mix of dramatic showmanship and comic ineptitude. But at least he know how to catch a pizza. And as Hoot devours the flavoursome treat down to the last crumb, readers too are left with a sweet taste with the tantalising prospect that Hoot Owl will return.

We salute Hoot, and here’s to many more installments in the Sean-Jean genre of story-telling.

Fun fact Not all owls hoot. They can make a wide range of other sounds, such as screeches, whistles, barks, growls, rattles and hisses. During the nesting season, owl calls can often be heard up to a mile away. Female owls generally have higher voices than their mates.

Did you know? A hoot owl is another name for the barred owl , a large owl native to North America. Best known for its distinctive call or ‘hoot’, it goes by many other names, including eight hooter, rain owl, wood owl, and striped owl.

* MORE ABOUT OWLS * If you love these nocturnal critters, like we do, check out our feature 12 We Love… Owls.

Author Notes Sean Taylor has written more than 40 books for young readers. These include the Purple Class series of comic adventures set in an urban primary school, a collection of folktales from the Amazon called The Great Snake, a novel for teenagers called A Waste of Good Paper, and picture books such as The Wolrd Champion of Staying Awake, illustrated by Jimmy Liao and Biong!, illustrated by Bruce Ingham. He lives in Bristol with his wife and two sons.

Illustrator Profile Originally from Nantes, Jean Jullien is a London-based illustrator, who works with a vast range of media, including illustration, photography, installations and clothing. He graduated from Central Saint Martins in 2008 and from the Royal College of Art in 2010. In 2011, he founded Jullien Brothers, specialising in moving image. His clients include Waterstones, The New York Times, Tate, Channel 4, Byron Burger and the Guardian; he also regularly exhibits his work in France and London. He lives in East London.