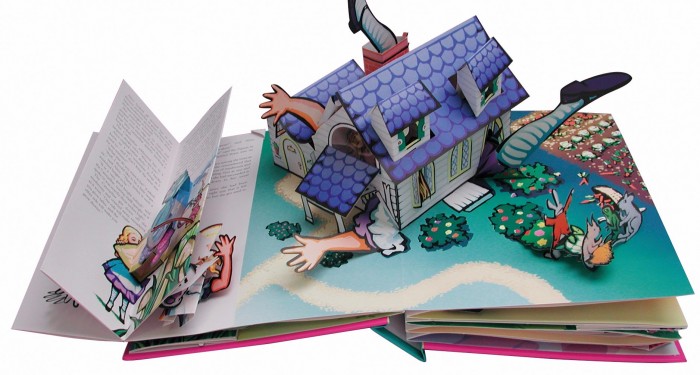 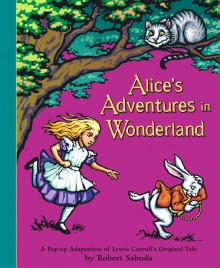 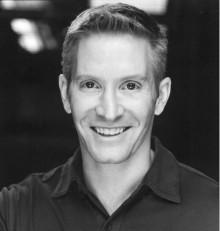 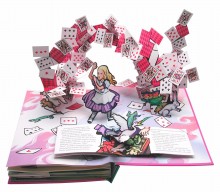 If ever there was a tale that was ripe for the genius of paper engineer extraordinaire Robert Sabuda, then Alice’s Adventures in Wonderland is it. Alice’s antics in the fantasy world of nonsense and riddles are brought to life in spectacular 3-D form as surprises pop up – and out, and every which way!

It’s trickery (and treats) from the off as an idyllic pastoral scene with towering trees unfolds. But there’s more to those leafy canopies than meets to eye: look closely and you’ll see a grinning Cheshire Cat, a tea-drinking Hatter and a haughty Queen lurking among the foliage.

There are already enticements inviting readers – ‘Eat Me’ and ‘Drink Me’ – but best of all is the flap that says ‘Open Me: Pull me up and look inside’. Peer down the concertina pages and a trompe l’oeil feature gives the impression that Alice is actually falling through a kaleidoscope tunnel!

Sabuda gives vent to his creativity with a riot of optical illusions, clever mechanics that allows movement and playful use of perspective that makes the reader feel that they too have grown to gargantuan proportions when they are holding the weeny book-within-a-book. This is pop-up brilliance taken to the ultimate max

As if the drama of the vision that erupts before readers’ eyes isn’t enough, there are also mini books with further pop-ups (and more text), including Alice with an extending neck, a dormouse popping in and out of a teapot and a playing card guard transforming roses from white to red with a magical brush stroke!

Brimming with wit and playfulness, the book finishes with a final flourish of a cascade of playing cards going this way and that in an amazing feat of paper engineering: a perfect finale for Alice’s “curious dream.”

Fun fact Queen Victoria was a great fan of Alice’s Adventures in Wonderland and suggested that Carroll dedicate his next book to her – which he did. However, An Elementary Treatise on Determinants, With Their Application to Simultaneous Linear Equations and Algebraic Equations was perhaps not quite the playful, imaginative tome that she might have hoped for!

Did you know? Lewis Carroll was actually a pseudonym. The author’s real name was Charles Lutwidge Dodgson; he chose his first name as an Anglicized version of Ludovicus, the Latin version of Lutwidge (Lewis) and  Charles (Carroll), while Carroll came from the Irish surname, which bears great resemblance to Carolus, the Latin forbear of Charles.

Author notes Robert Sabuda was born in Wyandotte, Michigan and raised in Pinckney, Michigan. Skilled as an artist from a very young age, he attended the Pratt Institute in New York City. His specific interest in 3-D paper engineering and pop-up books was sparked by a book he received that was illustrated by Vojtěch Kubašta. Initially working as a package designer, he illustrated his first children’s book series, Bulky Board Books, in 1987. Wide acclaim came his way after he started designing stunning pop-up books for children in 1994, including classics The Wonderful Wizard of Oz and Peter Pan.