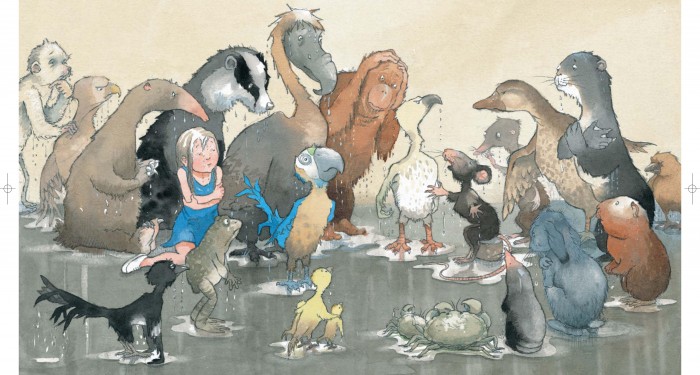 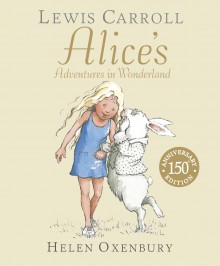 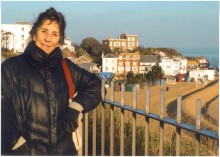 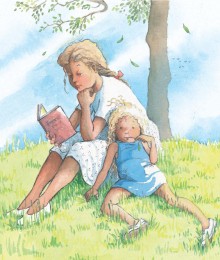 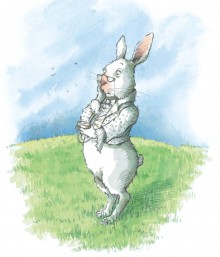 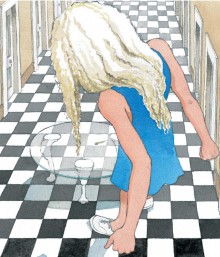 My, how you've grown

Award-winning author Helen Oxenbury brings a refreshing modern feel to Lewis Carroll’s famous heroine with the lightest of touches and heaps of humour.

When this book was first published in 1999, the idea was to create a vision of Alice for the New Millennium. “I wanted to give Alice much more of a present-day feel,” explains illustrator Helen Oxenbury. “Not so much in her looks, but the fluidity of movement and freedom. The original drawings by John Tenniel were a bit stiff, and I wanted a natural, relaxed feel.”

With carefree flowing locks and – shock, horror! – no Alice band, and dressed in a simple shift dress and white plimsolls, Alice is given a fashion makeover that gives her a contemporary yet timeless feel

Many people’s vision of Alice comes from the 1951 Walt Disney animation, where the heroine wears a rather formal and certainly very neat and orderly blue dress with a white apron, her hair restrained with her signature headband. Oxenbury’s Alice is much more casual, yet still retains that playful air that characterises her. “I certainly didn’t want her in jeans and trainers!” says Oxenbury.

The result, after numerous rough sketches of Alice sporting a variety of hairdos, is Alice with free-flowing Rossetti locks that are perhaps more accurate to Lewis’s original description of “the queer little toss of her head to keep back the wandering hair that would always get in her eyes.”

Oxenbury has fun with the characterisation of the other female cameos, including the Duchess. “I wanted to make her really batty-looking, with a certain manic look in her eyes,” says Oxenbury. “I also wanted her to have the look of an English eccentric; you know, the sort of person who always wears a cardigan that’s done up wrongly so one side is longer than the other and stockings that finish at the knee.”

Oxenbury was also keen to breathe new life into the many peripheral animal characters and there are colourful portraits of the melee of creatures at the Caucus Race, The Frog- and Fish-Footmen, The Mock Turtle and the Gryphon. With a mix of full-colour and black-and-white illustrations every few pages, this is a truly beautiful visual interpretation of Alice and the crazy characters that inhabit Wonderland.

But Alice, quite rightfully, still steals the show with her bold adventurous spirit and sass that is as relevant today as it was 150 years ago. “Alice is quite feisty,” says Oxenbury. “She doesn’t suffer fools gladly, she’s fearless and she likes a good adventure.” And Lewis Carroll certainly made sure she got that.

And for those who have been pondering the Hatter’s Riddle, ‘Why is a raven like a writing-desk?’, you’ll find Lewis Carroll’s explanation (of sorts).

Did you know? Walt Disney’s desire to turn the story into an animated film stretched all the way back to 1923 when he was a 21-year-old filmmaker! Before the movie was completed, he had turned down in 1932 a project to make a live-action/animated version starring silent film star Mary Pickford.

** MORE ALICE ** See how artists Tove Jansson, of The Moomins fame, and Grahame Baker-Smith have portrayed this famous heroine.

Fun fact Lewis Carroll’s novel was banned in China in the 1939s on the grounds that animals should not use the language of humans! This prevented Chinese readers from enjoying the wonderful story of Alice and her adventures underground!

Author notes Helen Oxenbury is an English author and illustrator of picture books. She lives in North London with her husband John Burningham, another children’s literature author and illustrator. She is a two-time winner and four-time runner up for the annual Kate Greenaway Medal, the British librarians’ award for illustration. For the 50th anniversary of the Kate Greenaway Medal (1955–2005), the 1999 illustrated edition of Alice’s Adventures in Wonderland was named one of the top ten winning works.

Charles Lutwidge Dodgson (1832–1898), better known by his pen name Lewis Carroll, was an English writer, mathematician, logician, Anglican deacon and photographer. His most famous writings are Alice’s Adventures in Wonderland, its sequel Through the Looking-Glass, which includes the poem Jabberwocky, and the poem The Hunting of the Snark, all examples of the genre of literary nonsense.