Made from Honduran hard woods, infused with the prettiest of colours, and with hidden magnets that give them extra building power, Tegu are the 21st century reinvention of the humble wooden building block.

The Haughey brothers – founders of Tegu – came up with the idea of giving blocks this inventive twist after being inspired by the classic wooden toys they discovered whilst travelling through Europe. As a result, whilst these might still look like your not-so-average block, the Tegu magnets – which are neither visible nor accessible (thanks to clever design and manufacturing) – turn these blocks into an endlessly fun, open-ended and interactive play tool. Not only that, but they have become the multi-award winning block for this next generation.

There are four different shapes – a short and long flat plank, a cube, and a rectangle – with magnets embedded in each block (either near each end of the planks or on each of the faces of the cubes). There are no instructions that come with the sets, and you don’t have to stick to regular ‘from the ground up’ block building play, as these are also effective for creating patterns and pictures on your fridge or a magnetic wall.

Unlike many modern toys, the magnetic blocks engage children intellectually rather than electronically;  they are heirloom toys, meant to be passed from generation to generation

Safety, quality, and durability are of the utmost importance to Tegu with the blocks boasting a solid hardwood construction which keeps the magnets inside. The blocks are made at the company’s own factory in Hondura (one of the world’s poorest countries), and where profits are channeled back into the local community through this business.

Because the company knows their supply chain and own their own manufacturing plant, they control the production process from start to finish (a rarity in toys). Wood is locally sourced from co-operatives certified by the Forest Stewardship Council and dyes are non-toxic and water based. Furthermore, for every set of wooden blocks sold, a dozen saplings are planted. Tegu has also partnered with a local school to get children out of rubbish-picking and into education.

So although these blocks might seem a bit expensive, it is significant that you are not simply purchasing a set of pretty cool building blocks that will keep your kids entertained for not merely hours, but months if not years, but you are also helping to rebuild a community.

Keep in Mind… There are magnets inside the blocks – but unless your baby/child actually chews their way into the block, they are safe and secure

What Parents Love Uh-oh… who knew sharing with your ten-year-old could be such a drama! We recommend buying twice the quantity *needed* just in case the demands of construction require a Daddy/Mummy set and a Daughter/Son set

Designer Details Tegu takes its name from Tegucigalpa, the capital of Honduras, where its factory is located. Brothers Chris and Will Haughey founded the company in 2006 after Chris visited the Central American country. He said, “Honduras is one of the poorest nations in the western hemisphere. We were just struck by the lack of opportunity, the lack of resources, and we felt the best thing that we could do was start a business.” Tegu pays its employees a living wage and prioritises long-term career development over simple task-based jobs. 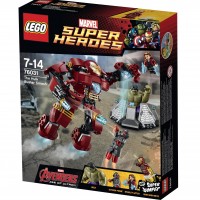 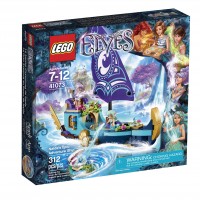 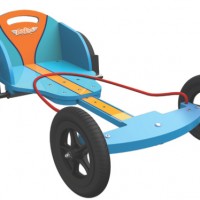