OK, so your child is a fan of knights, wizards, princesses or witches, and they simply must have a castle at home! Or perhaps it’s pirates and treasure, me hearties… or a yard filled with farm creatures. Well, the fabulously inventive people from Nosy Crow have just released the third book in their Playbook series, which transport your child from storybook page to playmat/playhouse/stage just as quick as they can utter a joyful “hooray”, “arrrghh”, or “yee-haa”.

This is one of those toys you look at and ponder – why didn’t anyone think of doing this before? Which means you’re definitely looking at a classic with a long and deserved lifespan – both for your own child’s play and for the crafty publisher’s catalogue.

Is it a story? A toy? Or an art and craft activity? Whether your child likes just one or all three of these mediums, these play books entice them to try their hand at all three

After all, this beautiful slipcase covered ‘book’ magically transforms from a ‘mere’ tale to the very setting of the story via  one beautiful pop-up page after another. Each is stunningly paper engineered to fold out-and-over to make a solid and ‘enclosed’ play stage – i.e. a castle, a farm yard, or an island (complete with shipwreck and mermaids).

Once the 3D stage is in place, a cast of characters and objects are ‘cut’ out and set in place. Then, with everything in place, the story from each book can be told, retold, reinvented and reworked endlessly by your child either as a solo activity or with friends.

Paper engineer Corina Fletcher is a master of the medium and in these play books she has been eloquently paired with artist and illustrator Britta Teckentrup to produce these three (so far) magical worlds.

Playbook Farm appeared in 2012 with its tractor and animals
Playbook Pirate appeared in 2013 with sea monsters, mermaids and rowing boat
Playbook Castle is the 2014 addition and comes complete with dragons, knights and princesses

What Kids Love That it has three different personalities – book, toy and craft activity

What Parents Love That this book/toy can shift from playmat for a pirate toddler to a treasure island movie set for your Scorsese emulating tween. Just pop it away for a year or three and you will see it return for some stop animation fun!

Designer Details Established by Kate Wilson in January 2011, Nosy Crow is a small but very highly awarded independent publisher of superb high-quality fiction and non-fiction books for children from 0 to 14 by well-known authors and illustrators as well as new talent. All of Nosy Crow’s fiction appears simultaneously in print and ebook, and paperback picture books come with a free digital audio reading using their innovative Stories Aloud coding. Kate Wilson started her career in publishing as a rights seller and went on to have management roles at leading publishers including Macmillan Children’s Books and Scholastic UK. In September 2011, she won the title of Inspirational Business Mum of the year at the Mumpreneur UK Awards. In her company bio, she says that since starting Nosy Crow, she likes waking up in the morning. 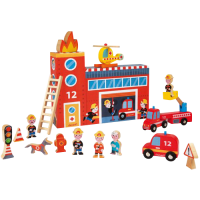