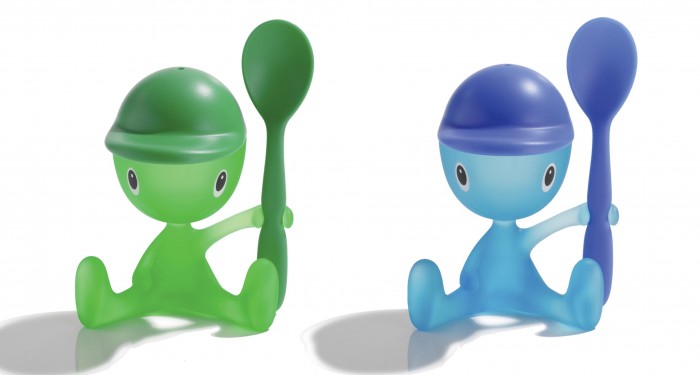 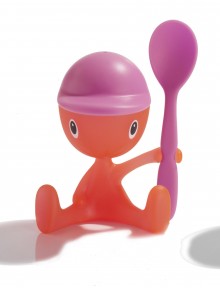 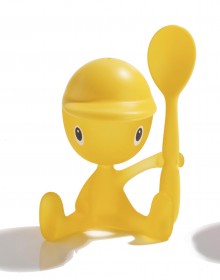 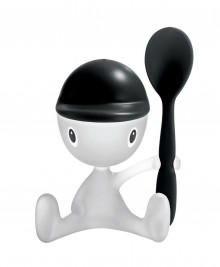 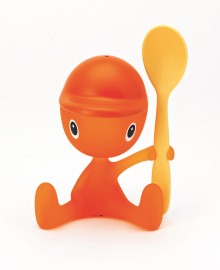 A cute little fella in a perky peaked cap who’s poised for some brekkie action. What’s not to love about the adorable Cico Egg Cup by Italian design aficionados Alessi

It’s all well and good making huge, dramatic design statements, but size isn’t everything. Sometimes, even the most commonplace everyday objects can be elevated into an art form. Even something as basic as an egg cup.

The Cico Egg Cup is a playful mix of imagination and functionality. Designed by architect Stefano Giovannoni, whose projects for Alessi began with the “Girotondo” (stainless steel products with cut-out mini figure motifs, a cross between a paper chain doll and a Keith Haring silhouette), the Cico Egg Cup was the first transparent object in plastic from the “Family Follows Fiction” series.

Its appeal lies very much its witty and quirky take on a familiar object. Who’d have thought to morph an egg cup into a little man who’s brandishing a teaspoon like a brave knight standing guard outside the King’s chamber? Answer: Someone with a lot of imagination and a mischievous sense of humour.

Of course, it serves a functional purpose as a receptacle in which to hold your dippy egg, but it’s an egg cup disguised as a cheeky little person. And the cleverness doesn’t end there

The baseball cap doubles as a salt castor, and the teaspoon is always neatly to hand. But don’t let that put you off dipping your toasted soldiers into the delicious warm, yellow yolk. After all, nothing beats the sight of the tasty yellow erupting like volcanic lava and spilling over the edge.

The Cico Egg Cup comes in a range of colours: mix and match with your egg!

Fun fact The origin of ‘Egg and Soldiers’ is unknown, but there are several theories about this quintessentially British tradition. One is that the toasted ‘soldiers’ have earned their name because they are cut even and straight – lined up like a row of soldiers standing to attention on your plate. Another suggestion is that they represent ‘all the king’s men’ that couldn’t put good egg Humpty Dumpty together again.

Did you know? The perfect measurement for a ‘Soldier’ is apparently 22mm wide. Twists on this classic and simple dish include toasted Parmesan dusted ‘Soldiers’, melba toast with cracked black pepper, dukkah sprinkled over the egg, breadsticks wrapped in Parma ham, topping the runny egg with pesto, cumin infused oil or toasted sesame seeds. Some sophisticates have even advocated tossing out the ‘Soldier’ altogether in favour of a freshly steamed asparagus spear or a skewer of roasted salmon!

Designer details In 1921 Giovanni Alessi, a skilled lathe turner, founded the FAO (Fratelli Alessi Omegna) engineering workshop with his brother, crafting high quality tableware and household objects in copper, brass and nickel silver. In 1932 Carlo Alessi, Giovanni’s eldest son, joined the company, designing the majority of the objects produced between the mid-1930s and 1945. During the 1950s, the company gradually replaces soft metals with stainless steel, marking the transition from artisanal craftsmanship to mass production. In 1970, the founder’s grandson Alberto Alessi joined the company, laying the foundations for Alessi to become one of the “Factories of Italian Design”. Alessi’s vision was to create functional objects that capture the public’s imagination, working in collaboration with many leading lights of contemporary design such as Franco Sargiani, Ettore Sottsass, Richard Sapper, Achille Castiglioni, Alessandro Mendini, Aldo Rossi, Michael Graves and Philippe Starck, who created the iconic “Juicy Salif” citrus-squeezer for Alessi in 1986. 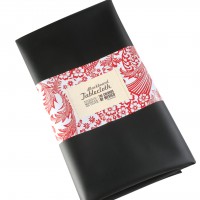