Omar the Owl | Fernando the Fish | Elihu the Elephant Omar the Owl, Elihu the Elephant and Fernando the Fish are some of the friendliest characters we know to help your child learn how to tell the time.

And they should be – they’ve been around about as long (or in many cases far longer) as us parents have been!! These characters are three of the original six Zoo Timer clocks designed by George Nelson and his team (Bill Cannan, Lance Wyman, Jerry Serapachello and Roger Zimmerman) at Howard Miller back  in 1965.

Only recently reissued by Vitra, there are many stories surrounding their creation, but what really matters is that they are ideal for a lover of any of these animals and could be used to focus a theme in a room, or even throughout the house, as they are equally happy keeping an eye on time in other areas of your home too.

What makes them especially
child-friendly is that they not only feature cute characters, but that the numbers are clearly marked out for children to be able to identify – something that is often lacking in many minimalist modern clock faces

Designer Details George Nelson (1908–1986) was one of the founders of American Modernism, the Director of Design at the important Herman Miller furniture company for over 20 years, and the name behind a significant body of iconic modernist furniture. However, he is also a controversial character, with many designs attributed to him later being revealed to be the work of designers working for him. Nonetheless, his leadership as a design director and visionary is unquestionable, and almost every piece with his name attached to it is now a design classic. 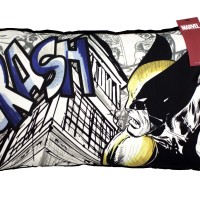