JACK IN A BOX CUSHIONS Jack in the Box Cushion in Grey
 Jack in the Box Cushion in Yellow

Jack in a Box Cushions

Why have a cushion when you can have a puzzle and a storytelling adventure to play with too?

From the magical imagination of designer Camilla Westergaard, these cushions are part of the 2013 collection from her label – Butterscotch & Beestings.

As Camilla explains: “One day, I whisked these together and… ta da!… the circus of Miss Betty Butterscotch (a trapeze artist turned confectioner) and Mr Bumblewick Beesting (circus ringmaster and conjurer) appeared – as if by magic.”

With a Sunshine Clown in corals and reds with a warm yellow pattern as his background, or a Pebble Clown, whose blues and blacks are a sophisticated contrast to the background grey, as well as a colourful series of ‘stacking’ cushions that make up his body, there are any number of combinations you – or your child – can put together. Which is – not doubt – why this is a Jack in a Box. He is, after all, Ready to spring out from beneath his glorious pile of complementary cushions, the Jack in a Box cushions from

The gloriously playful prints of
Jack in a Box from Butterscotch & Beesting are that wonderful thing – cute, quirky  and full of possibilities for children, yet perfectly elegant for a family space too

With other homewares that include lampshades, ceramics and stationery too, each collection has its own mini-story with curious creatures and marvellous encounters. Children will be enthralled, and your home will be a cheerful tale in every detail.

Designer Details Butterscotch & Beestings was established in 2012 by Camilla Westergaard, although it is largely run by her (imaginary) ‘circus ring’ partners, Betty Butterscotch (who deals with sweets & delicacies) and Bumblewick Beesting (who manages the magic supplies). Half storyteller, half designer, Camilla has conjured up this magical collection of fabrics and accessories that are simply perfect for a home that features children… 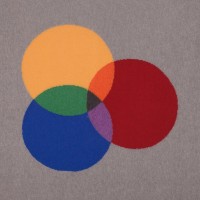 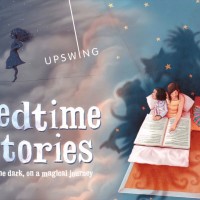