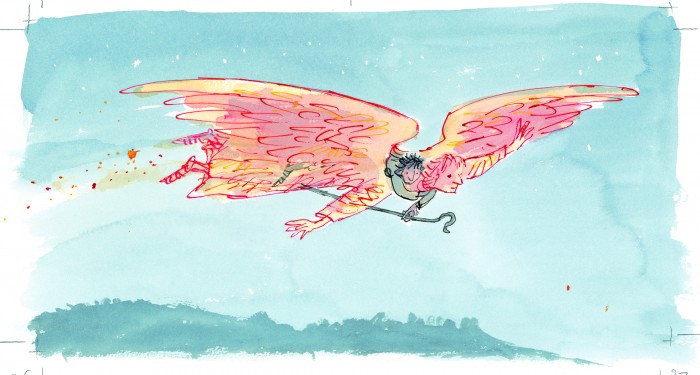 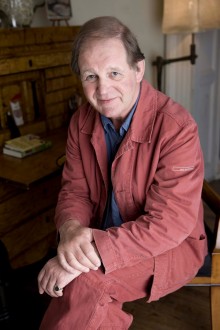 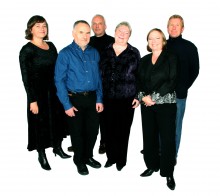 A cappella accompaniment from Voices at the Door

Savour a magical retelling of the Christmas story, seen through the eyes of a young shepherd boy, in this musical adaptation of On Angel Wings, the beautifully poignant and atmospheric tale from well-loved children’s author, Michael Morpurgo.

This is the basic premise of Morpurgo’s retelling, but with a twist. The story focuses on the disgruntled young shepherd boy who is left behind to mind the flock while the rest of the shepherds follow the star. But then the young boy is also invited by the archangel Gabriel to visit with a very special mode of transport – to travel On Angel Wings – and becomes the very first visitor to the newborn Christ child.

Master storyteller Morpurgo is brilliantly adroit at bringing a human side to his tales, never glossing over real or raw emotions. Children will identify with the shepherd boy feeling miffed at being left behind, then rejoice in his wonder at being chosen for such a special privilege.

The story is told in flashback, with the shepherd boy, now a grandfather, telling the story to his grandchildren, which cleverly brings a familiar family dynamics to the story. There is a certain amount of disbelief from the children as they listen to their grandfather, and yet they are also enchanted by his wondrous tale and love to hear their grandfather tell it. Like many family traditions – and we know how children love routine and familiarity – it wouldn’t be Christmas without it.

The children have a wonderful sense of innocence, which is tempered by their playful banter; they are on that precarious cusp of wanting to believe, but also not wanting to be seen as gullible or naive. They tell themselves the story is “too improbable, too fantastical.” And yet, could it really have happened this way and wouldn’t it be wonderful if it was true…

For this one-night only performance, the audience will be treated to a reading of On Angel Wings by Michael Morpurgo, with award-winning actress Juliet Stevenson (of Truly, Madly, Deeply fame) providing the voice of the shepherds and the Angel Gabriel. And don’t expect stuffy, formal language from Gabriel: he speaks with surprising modernity as he invites the young lad to join him on a jaunt to Bethlehem and promises ‘We could be there and back, lickety split, and no one would know.’

To set a suitably festive mood, the story will have a beautiful musical accompaniment of traditional carols by a cappella singing group Voices at the Door, with proceeds going to Michael Morpurgo’s Farms for City Children charity.

Why go? For an hour of delightful entertainment in the beautiful surroundings of St Luke’s Church in Chelsea – and a welcome moment of calmness and serenity amid all the festive hustle and bustle.

Who is it best for? Anyone aged 7+ who enjoys the Nativity story, and beautiful renditions of traditional carols.

Top Tip Even if you can’t make it in person, invest in a copy of On Angel Wings to enjoy Michael Morpurgo’s lyrical prose and evocative illustrations by Quentin Blake – it’s the perfect pre-Christmas read.

Our favourite bit It’s a rare treat to hear author Michael Morpurgo reading his own words. Oh, and Juliet Stevenson isn’t half bad, either.

Don’t go If you’ve lost that childlike wide-eyed wonder. Though, on second thoughts, this could be exactly what you need to restore it!

While you’re there Walk down the King’s Road to admire the festive window displays and see the Christmas lights at Duke of York Square. Book in advance to visit Santa’s Grotto at the Square and have a snapshot taken with the jolly man in red. The Christmas Grotto will be open Tuesday to Sunday up until December 23 2014.

Did you know? The carol While Shepherds Watched dates back to 1703, and was written by Nahm Tate, the Poet Laureate in the reign of Queen Anne, and Nicholas Brady. Coincidently, Michael Morpurgo is also the former Children’s Laureate. The familiar melody for the traditional carol was taken from Siroe, an opera by George Frederick Handel. It’s also often parodied with the cheeky alternative ‘While shepherds washed their socks by night.’ 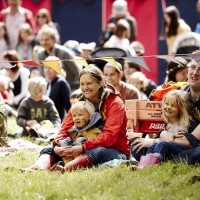 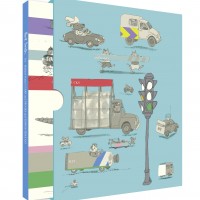