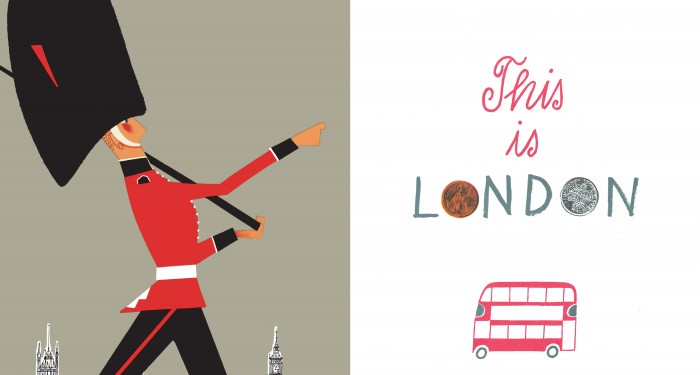 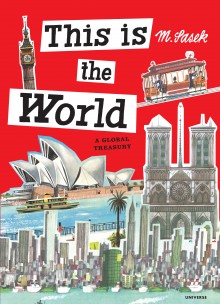 THIS IS THE WORLD 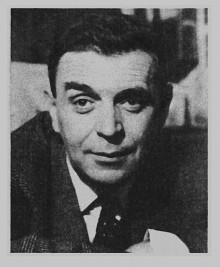 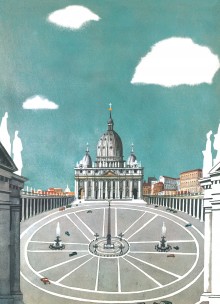 The Basilica in Rome
 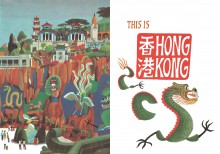 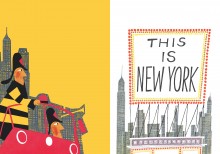 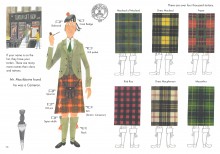 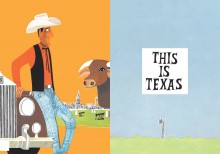 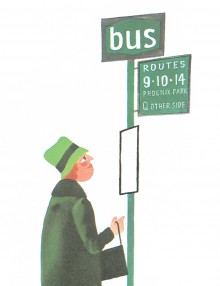 This is the World

Today it’s easy for children to google the sights and catch a glimpse of the magnificent Eiffel Tower or Sydney Opera House, or see the signature stripes and boater of the Venetian gondolier as he glides a graceful path through the Grand Canal of Venice. The whole world is at our fingertips. And, with the ease of modern travel, the world sometimes feels quite small. Back in 1958, when Czech artist Miroslav Sasek penned his first children’s travel guide This is Paris, foreign lands held a more elusive allure.

Author and illustrator Sasek is the most genial of hosts, as he takes readers on a whirlwind sightseeing trip, capturing the kitsch and evoking the very essence of what makes a city tick and what gives every country its own unique identity. And you don’t even need your passport!

Not so much a cure for wanderlust, this delightful book is more likely to ignite the desire to travel and see the world and all its wonders.

This ‘Global Treasury’ features abridged versions of 16 of the This Is series, covering thousands of globetrotting miles from San Francisco to Sydney, Edinburgh to Rome, Israel to Texas (Miroslav wrote 18 books in the series, between 1958 and 1974; This is Cape Canaveral, later renamed This is the Way to the Moon, and This is the United Nations are not included in this anthology).

Back in the day, the books offered armchair travellers a neat little taster of the art and culture of different countries, giving enticing snapshots of typical city life, as well as information and facts about famous architecture and historical buildings. Half a century on, the books also give an insight into a post war era that was fast-paced and exciting, and yet now seems rather quaint and endearingly old-fashioned.

Some of the depictions occasionally fall foul of cultural stereotypes, but even the bicycling French man in his striped Breton top in Paris and the sausage-eating lederhosen wearing Germans in Munich are depicted with fondness. There’s plenty of wry humour too, as Miroslav’s text offers some witty asides. Kiss the Blarney in Ireland, he tells us, and you will get the gift of the gab – but also risk a touch of lumbago! (It’s nigh on an acrobatic feat to be lowered down to actually kiss the stone).

Miroslav manages to capture the unique vibrancy and attributes of each of country and its citizens, right down to the ‘little people’ (ie, leprechauns) in Dublin. You can almost hear the clipped tones of the Queen’s English as that bowler-hatted chap in London town resides on the Routemaster bus to Victoria, or sense the excitement of the early emigres at seeing the welcoming torch of the Statue of Liberty, held proudly aloft against the background of the Manhattan skyline, an entry to a New World of opportunity!

The vintage reviews on the This Is M Sasek website also make interesting reading – and are written in such delightfully polite 50s speak! “Gaily modern are the half-caricatured people and the design, but the beautiful watercolors of buildings have an almost architectural accuracy,” wrote the critic of the New York Herald Tribune Book Review, when This is Paris was published in 1958. Another critic rightly heaped praise on Sasek’s painterly artwork, referencing echoes of Monet and Seurat in Sasek’s stunning rendition of the reflections of the City of Light as tiny dots of shimmering colour, while the faces, the critic continued, are reminiscent of Modigliani, before concluding that “adults who have been to Paris may enjoy this book even more than children”.

Miroslav took painstaking care with the accuracy of his drawings, too. “Detail is very important to children,” he commented in an interview in 1969. “If I paint 53 windows instead of 54 in a building, a deluge of letters pours in upon me! Children today know everything – the world is much smaller.”

For modern readers, the book also affords plenty of compare and contrast opportunities to see how city skylines have changed – and what is reassuringly constant. For example, in London the early morning smog (as jokingly featured by Miroslav in the opening of This is London) has given way to the shiny new skyline that includes the London Eye, the Gherkin and the Shard, alongside stalwarts like Buckingham Palace, Big Ben and St Paul’s Cathedral.

There’s also a handy This is the World: Now appendix with updated facts, for example, pointing out that Shanghai in China (rather than London) is now the largest city in the world. There are some less salutary amendments too: in This is Rome, there are pictures of fishermen on the River Tiber. The update tells us “Today, fishermen are a rare sight; the river is quite polluted.”

Fun fact M Sasek’s three favorites of the series were This Is Edinburgh (1961), This Is Venice (1961) and This Is Hong Kong (1965). Of his Scottish tome, he said: “I loved working on This Is Edinburgh, though I hated the weather there. In the middle of summer, it was cold and rainy. You needed a hot-water bottle in bed with you.”

Author notes M Sasek was born in Prague, in the Czech Republic in 1916. He trained as an architect in Prague because his parents didn’t approve of him becoming a painter. He studied for some time at l’Ecole des Beaux Arts in Paris. He escaped from Prague in 1948 when the Communist Party came to power, and settled in Munich, because his wife’s work was there. He died in 1980.