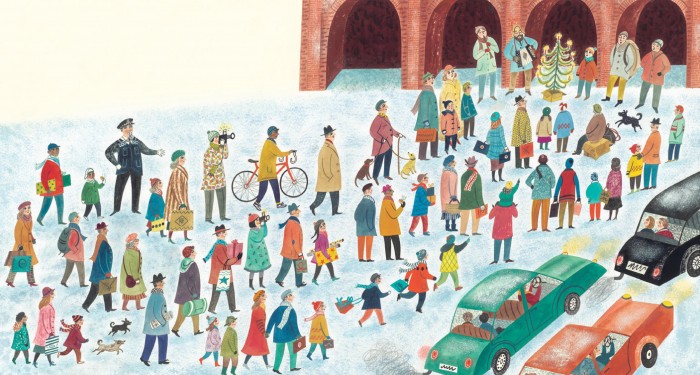 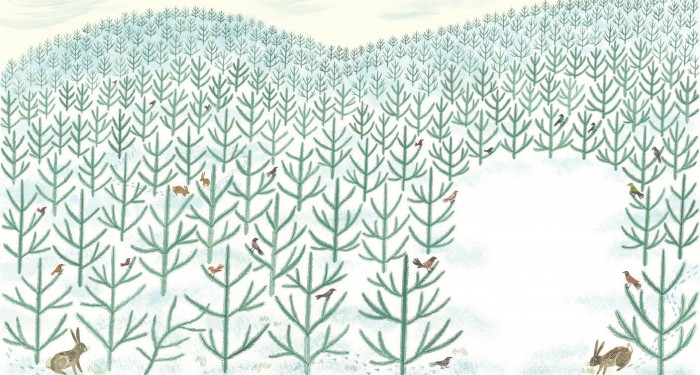 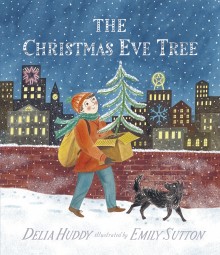 Among a forest of fine upstanding conifers, one fir tree stands out– for all the wrong reasons. Spindly, weedy and slightly wonky, will this solitary tree ever find a happy home?

It’s never easy when you don’t quite fit in because there’s something about you that’s different. And it’s so unjust when that difference has nothing to do with your actions: it’s just a misfortune of fate.

That’s the sorry story of one little Christmas tree, who suffers an ignominy akin to being picked last for the sports team. While proud and sprightly Christmas trees around him are being gleefully pick by folk to decorate their homes, this pitiful tree is left on the sidelines.

It takes a young lad with a kind heart to look beyond the superficial, and see how even a humble tree can bring great joy.

There’s a beautiful poignancy about the narrative that touches on the haves and have-nots, while the illustrations exude a beguiling elegance. Together, they create a thoughtful and ultimately triumphant tale about the power of small human kindnesses and the underdog who makes good

Tackling the subject of homelessness, as the little boy from the story takes the tree to bring a little Christmas cheer to his temporary home in a cardboard city, the story has a light touch that pricks the conscience without walloping you over the head. It’s also gives parents a chance to open discussions about homelessness and for us all to take a moment to be grateful for all that we have.

But this is not a maudlin tale. Full of festive cheer, and romantic images of a wintry city landscape dotted with the prettiest sprinkling of snow, it is a story of hope and regeneration.

There’s a happy ending, too, as a road sweeper sees some tiny green shoots in the discarded tree and plants it in the park gardens. Against all the odds, the little tree grows to great heights, being enjoyed by children who play beneath its branches and animals who take shelter in its foliage for many years to come.

Fun fact The famous giant Christmas tree outside the New York’s Rockerfeller Center is adorned with a 550-pound Swarovski star made of 25,000 crystals, 720 LED bulbs, 44 circuit boards, and 3,000 feet of wire. The crowning jewel is estimated to be worth $1.5 million.

Did you know? The Christmas tree became popular in England in 1841 when Queen Victoria’s husband, Prince Albert, brought a Christmas tree over from Germany and put it in Windsor Castle. The Royal couple were illustrated in a newspaper standing around the Christmas tree with their children, and the tradition of decorating a tree became fashionable.

Author notes Delia Huddy grew up surrounded by books and, after graduating in English from King’s College, London, worked as an editor in children’s publishing. Her long career included many happy years at Julia MacRae Books, after which she became an Editorial Director at Random House. She was also an author of novels, picture books and younger fiction. At the end of her life, in 2005, Delia was working on the text for The Christmas Eve Tree.

Illustrator notes Emily Sutton is a talented and versatile artist, who graduated from Edinburgh College of Art with a degree in Illustration. Her first picture book for Walker, Tiny: The Invisible World of Microbes by Nicola Davies, was described by the Guardian as “an absolute visual delight”. As well as illustrating picture books, Emily paints, makes prints, ceramics and textiles.