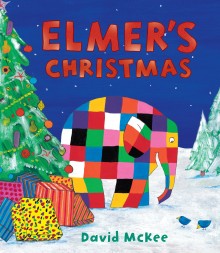 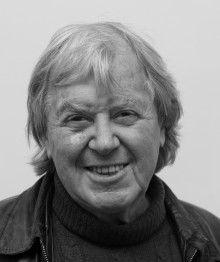 Since he first appeared over 25 years ago, Elmer has garnered a reputation as a champion of the individual, showing a generation of children that it’s OK to be different. In this festive installment of life with the patchwork pachyderm, there’s someone else who stands out among the grey. Clue: he’s wearing a fur-trimmed red hat.

Looks like it’s not just children who get wrapped up in the frenzy of the festive season. There’s plenty of gleeful anticipation chez Elmer, where the youngsters of the herd are giddy with excitement. They need someone to calm and distract them – and Elmer’s just the elephant for the job!

Elmer has come a long way since he first appeared over 25 years ago as a shy young elephant who was not happy in his own unusual skin. Now a wise elder statesman, a sort of Mandela of the elephant tribe, Elmer imparts a gentle aura of serene wisdom

The playful young elephants enjoy all the traditions of the season, from frolicking in the snow (not something that elephants often get to do!) to decorating a Christmas tree. And, as any parents knows, all that tearing around have one positive effect: by the end of the day, the little elephants are exhausted!

But the main event – a visit from the mysterious Papa Red – is still to come. With the collusion of the parents, Elmer suggests the young elephants stay just out of sight to see if they can sneak a peek. “I’m glad we weren’t seen” says Papa Red, with a knowing wink.

As the elephants go to bed happy, thinking that they have donated their presents to others, it’s down to Elmer to secretly bestow a gift to each one, in true Santa Elmer style.

This is a delightful festive tale featuring a much adored children’s character filled with bright colours and exuberant spirit that demonstrates why Elmer’s timeless charms have endured for so long.

Fun facts Elephants are the largest land animals in the world. The largest elephant on record was an adult male African elephant. She weighed about 24,000 pounds and was 13 feet tall at the shoulder. Elephants are also the only mammals that can’t jump – they’re not quite built for acrobatics!

Did you know? Elephants can hear one another’s trumpeting calls up to 5 miles (8 kilometres) away. They also use their feet to listen, and can pick up sub-sonic rumblings made by other elephants through vibrations in the ground. Elephants have been observed listening by putting their trunks on the ground and carefully positioning their feet.

Author notes David McKee was born and brought up in South Devon, where he went from grammar school to Plymouth Art College. Whilst still at college, he began to contribute to publications such as Punch, Times Educational Supplement, and the Reader’s Digest. His first book Two Can Toucan was published in 1964 and since then he has written and illustrated numerous children’s books, including the best-selling Elmer series, Not Now Bernard, Mr Benn and King Rollo. David also illustrates for a number of other writers, including Michael Bond’s Paddington Bear.