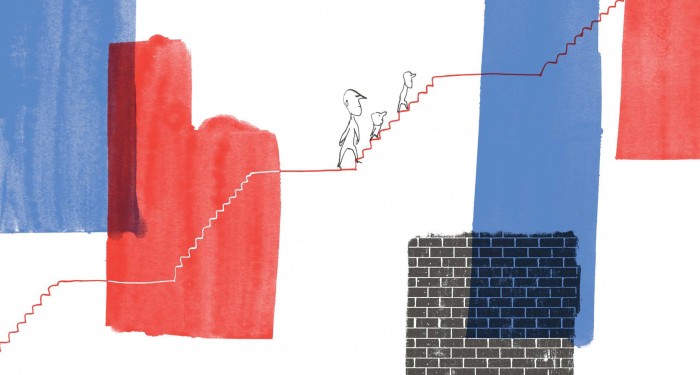 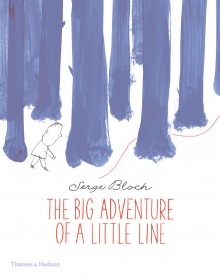 THE BIG ADVENTURE OF A LITTLE LINE 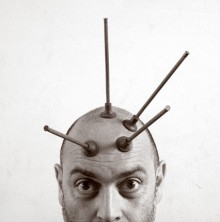 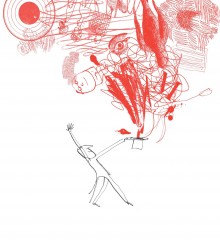 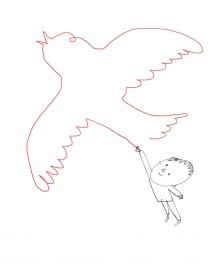 A little line with big imagination

The Big Adventure of a Little Line

When a young lad nonchalantly picks up a small red line on the side of the pavement, he uncovers a wonderful world of adventure – all courtesy of his unlikely treasure.

A simple dash of colour – a little red hyphen of untold possibilities – brings a magical world to life for an inquisitive young lad who embarks on an adventure that lasts a life time.

Taking inspiration from one of Bloch’s art idols, Paul Klee, who famously said “A drawing is simply a line going for a walk”, this book takes this abstract idea and transforms it into a personal odyssey as the young boy takes a stroll through life’s big adventure.

A world of possibilities is explored through a young child’s innate ability to find wonder and magic in the most seemingly inconsequential of things. The Little Line shows that greatness comes from small beginnings…

With scratchy, scraggy lines depicting a charming little character with a touch of Charlie Brown charm, the little line takes on a life of its own as it turns into a squiggle, curling, swirling and soaring through the pages. The brevity of colour – the red line and the black outline of the boy are accompanied with lots of artistic white space – contrasts with the occasional swathes of blue and red wash that evokes a patriotic Gallic look.

Living up to its title, The Little Line does indeed bring Big Adventure: it becomes the boy’s life companion, through good times and bad, showing him new worlds and exotic countries, offering exciting opportunities and introducing him to famous people.

We see our penciled protagonist grow from boy to man, sitting happily in the family home constructed by his faithful linear friend, seeing his own children grow and feeling sad when they leave home.

In the quirky and refreshing tale, Serge’s gift is taking the ordinary and elevating it to the extraordinary with a gentle playfulness rather than pretension. His out-of-the-box thinking challenges readers of all ages to question expectations and explore the world in a daring and bold way.

There are touches of surrealism about the tale of friendship between the boy and the line, but it is also an homage as it explores the way that simple lines and brush strokes come together to create art.

There’s also an artistic curtain call as Bloch acknowledges a debt of gratitude to artists and illustrators who have inspired him, including Alexander Calder, Paul Klee, William Steig, Quentin Blake, Joan Miro, Roland Topor, OR Blechman and Tomi Ungerer.

Fun fact Line is one of the seven elements of art (along with shape, form, tone, texture, pattern and colour) and is considered by most to be the most basic element. In terms of art, line is considered to be a moving dot. It has an endless number of uses. It can control an viewer’s eye; it can describe edges; it can indicate form as well as movement. It can also indicate value and a light source in drawing.

Did you know? American cartoonist OR Blechman famously brought a stomach to life when it was interviewed about its digestive woes in a 1967 TV commercial for Alka-Seltzer, the effervescent cure for indigestion. Blechman is also a founding father of the modern graphic novel.

Author notes Serge Bloch is a French illustrator, best known for illustrating the world-famous Max and Lili series of children’s books. Serge’s editorial illustrations appear regularly in several newspapers around the world, including the New York Times, The Wall Street Journal, The Chicago Tribune, The Boston Globe, Le Monde, and more. Serge shares his time between New York and Paris.