VIEW FULL BABYZEN COLLECTION
to pin one (or more) to your Moodboards.

Newborn (with the Yoga Carrycot) to 20kg Babyzen is the revolutionary brand that has released three dream pushchair products onto the market since 2010.

First up was this pushchair – the Zen, which is suitable from birth when combined with the Yoga carrycot or a compatible car seat; then the YoYo stroller – a super-compact travel-loving parent’s dream stroller; and thirdly, the Yoga all-in-one carrycot, which transforms the Zen pushchair into a newborn stroller. When the Zen was launched, it immediately won the Innovation Award at Kind & Jugend 2010, and it is easy to see why…

Boasting all the features that we have come to expect of leading pushchairs, including three forward-facing seat positions, exceptional suspension, an amazing fold mechanism and the option of being used from birth to 20kg, this chair is also a first in so many ways…

This is the only full-size stroller that folds down to fit into the trunk of a small car (such as a Mini or Fiat 500) without having to take off any part – whether that be the wheels or the seat. And it does so in five seconds flat!

Furthermore, one of our favourite features is that the Zen has a solar-powered LED light at the front of the chair that flashes a warning to drivers and cyclists that can be operated from the handlebars. The handlebars can also be extended to three different positions for parents – or nannies – who may vary in height.

The seat pads are thick and reversible, plus they are machine washable so you can easily clean up your pushchair after a hard day’s outing, and interchangeable, so you can change the look of your chair with the seasonal style.

Designed by the remarkable baby product designer Jean-Michel Chaudeurge (whose previous iconic designs include the Beaba BabyCook and the 1st Meal Spoon) the Zen was also designed to be assembled only with screws (like a bicycle) making it easy to disassemble for easy recycling.

VIEW THE FULL RANGE OF BABYZEN PUSHCHAIRS HERE (to pin one – or more – to your Moodboards now).

If all of that weren’t enough in a pushchair, in 2011 Jean-Michel designed the Yoga Carrycot – a parent-facing carrycot that has a lie-flat option as well as two additional  recline positions for gentle, safe sitting up positions for your baby as he or she becomes increasingly interested in the world around them – and transforming the Zen pushchair into a ‘from birth’ option. There are also two adjustable positions for the feet. When removed from the Zen pushchair, the Yoga Carrycot also transforms into a safety certified Moses basket, a rocker with A-frame legs, or a bouncer; it also folds down almost flat for storage and transportation.

All in all, the BabyZen products add up to a highly effective and efficient ‘getting around from birth’ pushchair collection that will see you through those first three years – and more – in superb comfort and style!

Designer Details BabyZen is the brand established by notable baby product designer Jean-Michel Chaudeurge (who was previously a considerable design force at Beaba, being the designer behind the BabyCook products, as well as the Steril Box and 1st Meal Spoon) and his son Julien. They launched the award-winning BabyZen pushchair in 2010 and the BabyZen team was joined in 2011 by Gilles Henry, the designer of the BabyZen YoYo. 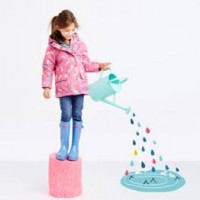 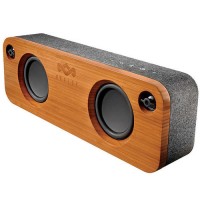 The House of Marley Get Together