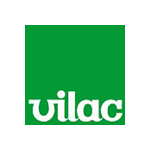 Based in the Jura Mountains in France, Vilac has been designing and making quality toys and games since 1911.

Nurturing a close connections with artists and collectors, Vilac have developed their company from an old turning factory – which once made the reputation of the region – into a producer of iconic and timeless toys.

Using beech, hornbeam, alder and box from forests surrounding their French factories, the woods are turned, smoothed, sanded, painted, decorated and embellished by artisans into toys that range from dollhouses and outdoor games to puzzles, play vehicles and even musical instruments.

This family business started creating educational toys, as well as antique girls and boys toys, dolls furniture and many accessories, locomotives and firefighters soon after World War Two. This long history means that they have many historic toys from their back catalogues that have been reissued for contemporary appeal. Today, the oldest pieces in the collection are outdoor games, including the famous lacquered skittles in different colours, but also balls, skipping ropes and yo-yos, which were popular in France in the 1930s.

Vilac has won dozens of awards for their toys, and in 2007, Vilac was given The Entreprise du Patrimoine Vivant (Living Heritage Company, or EPV) label. This is a mark of recognition of the French State, put in place to reward French firms for the excellence of their traditional and industrial skills, and their Leo the kitten toy was chosen as the mascot of the French Pavilion at Expo Shanghai 2010.