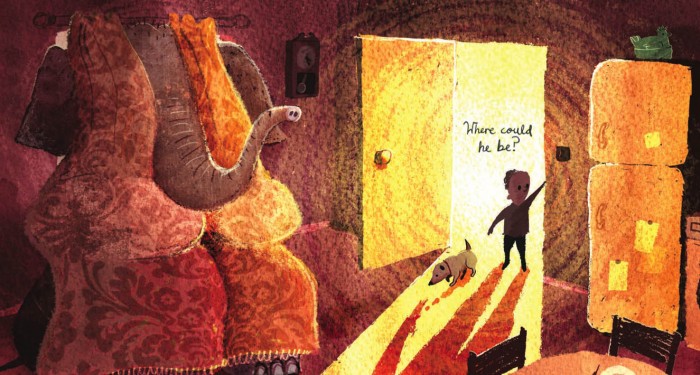 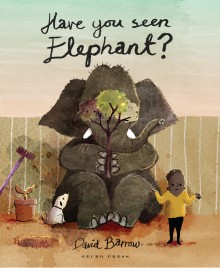 HAVE YOU SEEN ELEPHANT? 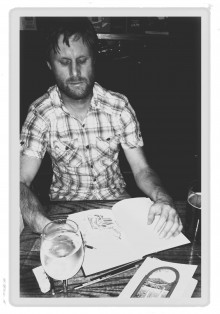 The game is afoot


How can Elephant hide?


Have You Seen Elephant?

Who can resist an invitation to play a game of hide-and-seek? Certainly not this unlikely duo of boy-and-beast buddies. But can the little boy find the elephant in the room?

“I must warn you, I’m VERY good” warns a very large elephant. Good at what, you might think. Sprouting water from his trunk? Flapping his giant ears? Believe it or not, this mighty mammoth is bragging about his ability to hide. And with an ample frame like his, that has to be a challenge.

This is the hilarious premise of the this delightful debut picture book by talented David Barrow. And it will make you laugh a lot.

Elephant does indeed prove his ingenuity for disguise and discovers some very imaginative hiding places that seems to have well and truly duped his seeker. There is something slightly preposterous about seeing a gargantuan elephant disguising himself beneath a frilled lampshade or a pair of chinzy drapes that raises a smile.

You can almost hear Elephant’s stifled giggles at his own cleverness, just like a toddler who thinks that when they close their eyes you can’t see them

There’s a gentle wit and joyfulness about this simple story that challenges expectations in a humorous way. With a minimal text, the tale is brought to life with two winning central characters – a comically deluded elephant and a boy with a big smile – and a wonderfully warm depiction of cosy family life with domestic scenes bathed in glorious golden hues.

While toddlers might not recognise their own less-than-perfect attempts at hiding, the nuances will not be lost on grown-ups who find themselves feigning “mmm, where could they be?” rhetoric when playing hide-and-seek with young children who have not quite yet mastered the art of disguise.

And that’s without having a long trunk to conceal.

Fun fact With estimated muscle counts ranging between 40,000 and 150,000, the trunk of an elephant is amazingly dexterous. At once both gentle and strong, a trunk is capable of killing a lion or caressing a frightened elephant calf. It can pick leaves, pull bark off trees, and pick up objects as small as a coin. It can suck up a gallon of water to squirt into a mouth or on a hot back. Elephants do not drink through their trunk, but use it to draw the liquid.

Did you know? Why do elephants have big ears? No, not because Noddy won’t pay the ransom. African elephants have big ears to help them keep cool. Their skin is so thick that they can’t lose heat, so they pump blood to their ears and dissipate the heat in that way. It’s cooler and more humid in India, so elephants don’t need that function there, hence their smaller ears.

** MORE ABOUT ELEPHANTS ** Find fascinating facts in our E is for Elephant, find your own Bobles elephant playmate and read about one of the world’s most colourful elephants, Elmer

Author notes David Barrow is a recent graduate of the Cambridge School of Art where he completed a Masters in Children’s Book Illustration and received the top prize, The Sebastian Walker Award for Most Promising Children’s Ilustrator. He lives in Kettering, England with his wife Jo, son Teddy and cat Sofia.