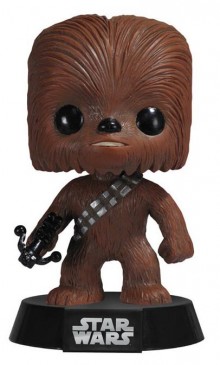 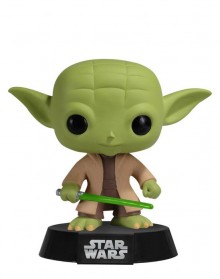 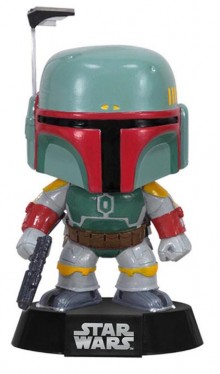 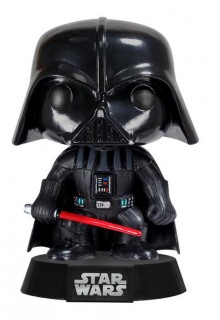 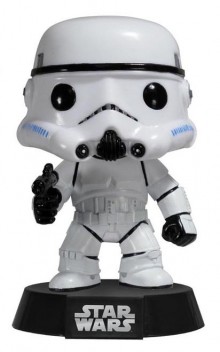 A cast of well-loved Star Wars characters are getting a cute Pop! makeover with these chunky vinyl figures. Are they cool? By the looks of their nodding heads, they seem to think so!

Darth Vadar with his broody dark presence, fluffy-haired Chewbacca, Princess Leia with her Cinna-Swirl hairdo and the little poppet that is Master Yoda: the Star Wars movies have given us a brilliant cast of memorable characters. And it was surely only a matter of time before they were given the Pop! treatment with these highly stylised figurines.

With their over-sized heads resting atop dinky bodies, the bobble-heads immediately elicit an adoring “Aw, sweet” from everyone who sees them. Eminently collectible – who doesn’t want them all, now! – these cuties are more magical than menacing. Even Darth has lost a bit of his dark!

Create your own line-up of your favourites and display them on a shelf for dramatic effect. Each one comes with a sturdy display base so there’s no danger of those top-heavy heads tipping them over. And every time you give their head a little nudge, they will ‘bob’ happily in a nodding motion.

Available in a wide range of Star Wars characters, including a golden C3PO (looking a bit like an Oscar statuette that has put on a few pounds), an angry-looking Wampa, growling through gritted teeth and Darth Maul, complete with intricate red face paint.

As with the films, females are rather under-represented (tut, tut, Mr Lucas), but there are Pop! figures for Princess Leia and Queen Amidala.

However, there are plenty of females in some of the other Pop! licensed series, including Elsa and Anna from Frozen, Alice and Cinderella (classic and new). There’s also plenty of other Disney favourites in Pop! personas from Winnie the Pooh and Bambi to Lightning McQueen and Eve from Wall-E. So there really is a Pop! for all tastes and every occasion.

Fun fact We all loved the rugged good looks of Harrison Ford as Han Solo, but his character wasn’t always such a smoothie. George Lucas initially conceived Han Solo as as a fat green alien with gills, instead of a nose.

Did you know? Princess Leia’s distinctive twirly-whirly hair-do has been oft imitated, but actress Carrie Fisher was not so keen on her coiffure, complaining that it made her face look too round and, at two hours, took too long to create every day.

Designer details Founded as a Bobblehead company in 1998, Funko is a pop culture licensed-focused toy company located in Everett, Washington USA. Funko currently holds more than 150 licenses including Lucas Films, Marvel, Hasbro, The Walking Dead, Game of Thrones, DC Comics, Sanrio, and Disney. Funko’s Pop! Vinyl is the number one stylized vinyl collectible in the world with over 10 million units sold in the last three years.