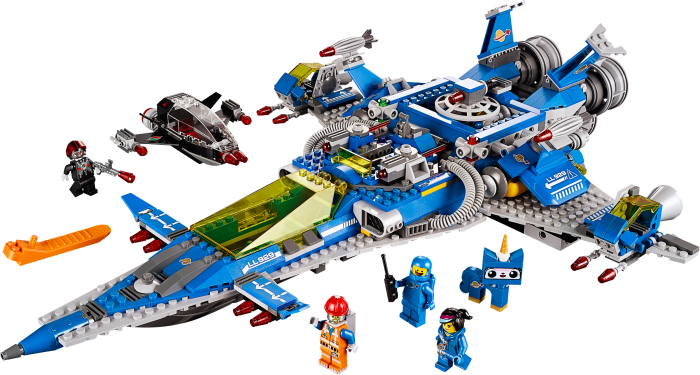 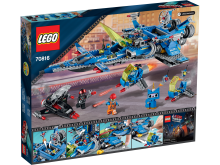 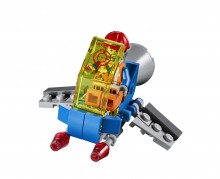 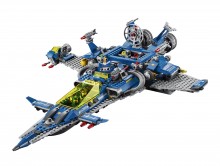 Fasten your seatbelts! We have lift off!

Fans of the Lego Movie can’t fail to be just as excited as Benny, the retro astronaut, when they get ready to launch this Spaceship, Spaceship, SPACESHIP! And yes, everything is awesome.

With the Lego Movie proving one of the biggest box office hits of the year, it’s no surprise that sales of Benny’s Spaceship are tipped to soar through the stratosphere this Christmas.

But first of all, just who is Benny? In the movie, he appears in the gathering of Master Builders in Cloud Cuckoo Land as they plot their escape from the evil Robo Police Interceptor. At first dismissed by the ancient Wizard Vitruvius as “1980-something space guy”, Benny finally manages to prove his master builder credentials – and his mettle to boot – with the impressive creation of his mighty spaceship.

The design of this stunning spaceship pays homage to Lego’s first foray into space vehicles in the 80s that will bring a twinkle of nostalgia to parents’ eyes, while kids will simply be wowed by its total awesomeness.

An exact rendering of the vehicle built at break-neck speed by Benny in The Lego Movie (a lightning speed not necessarily likely to be replicated during home assembly) the design bears many echoes of iconic sets from the 80s, down to minute details like the retro rendering of the dashboard and computers and the Space logo, that Lego aficionados will appreciate. It also showcases the sophistication of modern Lego builds and new pieces like the coiled tubes that add decorative appeal that Lego fans of the 80s could only dream of. The official name of set #70816, which repeats the word ‘Spaceship’ in triplicate, is a reference to Benny’s exuberant excitement when, after several failed attempts, he is finally given the go-ahead to build his creation.

Benny’s Spaceship is a nifty bit of machinery that comes with three extra vehicles (two detachable Wing Flyers, and a Robo Police Interceptor) that, along with spring-loaded cannons and shooters plus a mix of Lego mini figures, provide both goodies and baddies for children to reanact scenes from the movie, and invest their own adventures. The piece de resistance in the design is the extending wings of that spaceship that can be cleverly activated by twisting one of the exhaust boosters at the back to dramatic effect.

The Lego mini figures that come with sets always warrant special mention as they invariably feature exclusive variants of characters. This set features Benny, complete with his beat-up helmet, Robo Emmet with a silver face and limited edition silver piece of restistance on his back, Space Wyldstyle and Robo Pilot, plus an Astro Kitty figure. There are also two additional mini spacebots.

Did you notice? Benny is showing signs of wear and tear with the Space logo on his chest (a copy of the 1980s original) being partially erased and his helmet cracked – a jokey reference to the fact that the original plastic helmets were flimsier than current renditions and sometimes cracked during play. The crack on Benny’s helmet is said to allow oxygen to leak from his suit, allegedly causing his giddy excitement. Benny also has the classic dot eyes and simple smile of the early mini figures.

Keep in Mind… With 940 pieces, this is one of the largest and more complicated sets so it will takes time and patience to build. On the plus side, Lego’s wordless step-by-step instructions are excellent. The spaceship’s size also means you’ll want ample space to display it safely whilst not in play.

What Kids Love Kids who enjoyed The Lego Movie will love this true incarnation of Benny’s Spaceship (Benny is a popular character from the film, whose great cameo performance provides lots of laughs). The addition of extra vehicles and mini figures really gives this set excellent play value, while the spaceship itself has lots of moveable parts to add to its considerable allure.

What Parents Love This set has great nostalgic appeal whilst demonstrating all the positive attributes of great design and inspiring play value that makes Lego such an iconic and long-lasting brand.