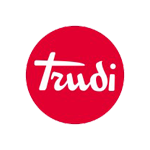 Trudi is both a toy company and an idea. It’s the idea of companionship, of comfort, of protection. But it’s also the idea of adventure, of excitement and exploration into unknown worlds.

Trudi is the idea of a plush toy companion animal. Children learn to love and communicate, to respect boundaries, and to grow through play – and this is helped with a plush toy animal. Many of us will remember ours throughout our lifetime, with a nostalgic fondness represents something magical.

In the autumn of 1954, in a small Tyrolian town on the southern slopes of the foothills of the Italian Alps, that idea was first wrapped up and given shape and a name in the form of a scruffy toy rabbit for children. And that idea has been practiced and perfected by Trudi many years since.