Cole & Son was founded in 1875 by John Perry, son of a Cambridgeshire merchant. Throughout the 19th century Cole & Son printed for all the large well-known companies of the time including Jeffrey & Co, Sanderson and Shand Kydd. Cole & Son has provided wallpapers for many historic houses including Buckingham Palace and the Houses of Parliament.

Designs are carefully selected, adapted and coloured by our designers and printed by craftsmen to produce wallpapers faithful to the character of the original document, yet contemporary in feel. 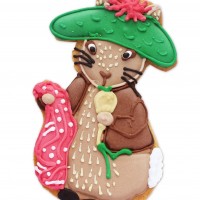