Cuddle up at night with Babo the Snowman UglyDoll

Whether inspiration comes from Olaf in Frozen (Do you want to build a snowman? You betcha!), Raymond Brigg’s gentle giant in The Snowman, or you fancy going off piste, artistically speaking, with your own unique creation, building a snowman is practically a rite of passage for every child.

It may be a rather unconventional material for artists and by its very nature has a fleeting ephemeral state, but the first snow sculptures were documented from medieval times, according to Bob Eckstein, author of The History of the Snowman.

Since then, snowmen have been popularised as a mascot for the festive season, and often depicted by children in their Christmas drawings. They are, after all, so easy to draw with two circles on top of each other, adorned with a few buttons and a top hat: et voila!

And so to the business of building a snowman. Okay, so perfection can be overrated and there’s actually a lot to be said for a quirky personality (and yes, that is an argument to fall back on if your snowman takes on rather unconventional good looks), but if you are hankering after an impressive snowman that will elicit admiring gasps from all who spy him, there are certain things that will help.

1. First up, according to the experts, you need the right type of snow…

So what does that mean? Not too wet, or too powdery as it won’t hold together. But really, the only way to find out if you’ve got the right stuff is to try rolling or shovelling snow to see whether it will gel. Snow should be moist and compact, rather than icy (which occurs if the temperature drops).

The best time to build a snowman is usually in the next warm afternoon directly following a significant snowfall – though you may find it tricky to get your child to wait!

2. Choose a flat area to boost your snowman’s stability. Look for a reasonably secluded spot if you’re in a public space, away from busy thoroughfares and avoid the bases of hills near sledding paths and windy areas to give your snowman the best chance of a (reasonably) long life.

3. If the snow is nicely compacted, you can start by making a large snowball, then roll it around so your boulder gets bigger and bigger. Pat down with your hands every now and then to make it more solid. The rolling technique works best if the snow is thick on the ground, otherwise you risk picking up bits of grass, gravel and dirt, too.

Alternatively, use a shovel or your hands to pile up the snow in one area, moulding it into  shape.

4. When it comes to design, it’s up to you if you want a two or three tiered creation. Creating mini snowball size snowmen is cute, too. You can personalise your creation with sticks for arms and pebbles or stones for eyes; or if you’re more organised, coal for eyes, a carrot for a nose, and maybe even some buttons on his front to give a touch of sartorial swagger. You can add a scarf and hat, too – maybe just for a photo opportunity as you might not want to leave these items outdoors.

5. Toppling a snowman is considered great sport by some, though it can lead to tears from a toddler who sees their masterpiece has been decapitated or demolished, so you may want to build your snowman in your garden rather than a public space.

Fun fact The world’s largest snowman was built in 2008 in Bethel, Maine and stood an impressive 122 feet 1 inch (37.21 m) in height. A large snowman known as “Snowzilla” is built each winter in Anchorage, Alaska.

After completing your snowy masterpiece, it just might be time to give tobogganing a go… so follow our ten point plan to super fun on the slopes. 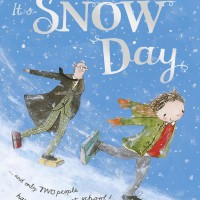 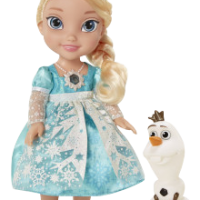