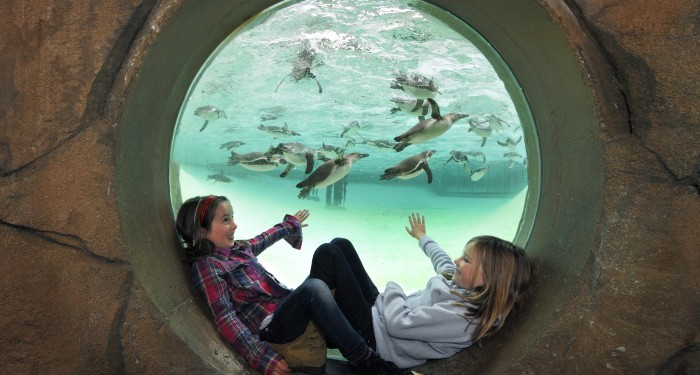 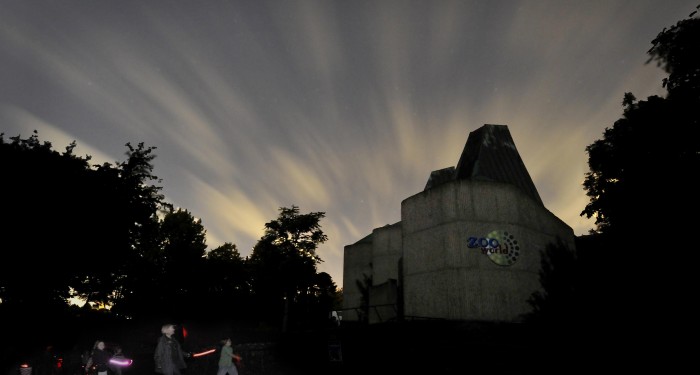 Open from 10am every day of the year (except Christmas Day) with seasonal closing times.

Sleepover Adults and children £65 each (There must be at least one accompanying adult per 5–6 children)
Standard zoo entry Adult £24.30, Child £17.10 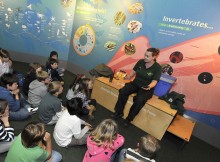 Meet and greet the animals
 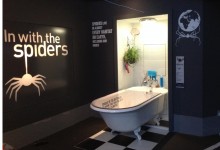 A rather unconventional en-suite


Curl up with some creepy critters
 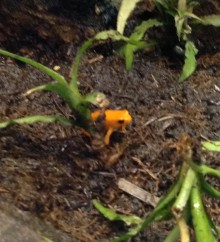 A night at the zoo…
 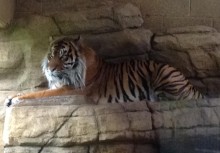 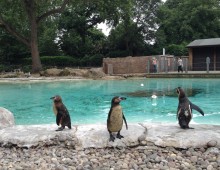 When a simple visit to the zoo won’t cut the mustard, how about the ultimate sleepover where you can bed down with beetles and be tucked up beside a tarantula? It’s enough to make you go ‘Eek!’ in the night…

The thought of creepy crawlies, wriggly insects and scuttling spiders might send shivers down your spine. So let’s get one thing straight from the start. Although it’s called the BedBUGS Experience, there’s no danger of an infestation of critters slipping into your sleeping bag at night. You will, however, be slumbering in the BUGS building – actually an acronym for Biodiversity Underpinning Global Survival – and there are definitely (safely contained) bugs in the vicinity, along with mammals and fish.

Spending the night at a real-life zoo has to be on every animal lover’s bucket list. What’s more, the experience is a brilliant mix of adventure and education. Our heads were buzzing with all the fun and fascinating facts we were discovering about the zoo’s inhabitants

Having found a spot around the edge of the BUGS exhibit (it’s a bring-your-own-sleeping-bag-and-pillow affair), we settled down for an introductory talk by one of our lovely hosts Rebecca, setting out a few basic ‘house  rules’ (no running or shouting, being respectful of the animals as we were guests in their home, no shining torches into enclosures and so on).

Then the children were given their Twilight Explorer’s Journals and sent off to discover the wildlife lurking within the BUGS exhibit, noting down their favourites – and there are over 140 to choose from. Ones that we particularly liked included troupes of red ants busily going about their daily toil, lugging leaves many times bigger than themselves on their backs, a cute little Golden Mantella frog that happened to be highly poisonous and a slithering Axolotl that looked rather like Toothless from How to Train Your Dragon and is rather charmingly called ‘the Peter Pan of amphibians’ because it never grows up!

Then it was time for a very informative mini meet-the-animals with one of the keepers, who introduced Sam, a giant African land snail who was bigger than the keeper’s hand, a giant jungle nymph and Rosie, the Mexican Red-Kneed Tarantula, who did indeed have striped red and black knees that reminded us of Winnie the Witch.

A definite highlight of the experience is the Night Tour, which starts around 9.30pm. It feels very exciting and special (and just a little bit forbidden) to be led around the zoo after hours, even for the grown-ups. Many of the animals you might see during the day (from giraffes and gorillas to tigers and tamarins) will be slumberking, so there’s a different ambiance when you’re creeping around the deserted pathways at night on the look-out for nocturnal creatures.

The flamingos and pelicans were enjoying the early evening calm, the owls were too-wit, too-wooing and a couple of the kangaroos were bouncing around. We also got up close to an aardvark (they are usually hard to spot during the day) who pushed his long snout up to the glass to say hello

Our guide, Andy, offered the perfect mix of information and quizzing, giving some of the mini Attenboroughs in our group the chance to display their own knowledge. Apparently, owls don’t twit-twoo on their own: one will ‘twit’ and another will ‘twoo’ in response. Andy also told us that only one species of frog goes “Ribbit”, but it has become a global cliche because that frog happens to reside in Hollywood and was used for frog sound effects. All this chatter provoked one cheeky fella to pipe up: “What does the fox say?” which made everyone laugh. Alas, Andy didn’t have the answer.

After our tour, the children were given T-shirts to decorate with their favourite animals before ‘midnight’ snacks, a quick trek to the nearby loos for night ablutions followed by a strict lights out at 11.45pm to an intermittent lullaby accompaniment of animal sounds (not snoring).

The next day started early thanks to a lively dawn chorus and a partridge with a particularly loud hoot. We enjoyed a nice breakfast at The Terrace Restaurant before another whistle-stop tour to admire the always cute meerkats, wander through the tropical Rainforest Life (where we sneaked a peek at the weeny week-old baby sloth clinging tightly to its mother), before finally heading to Penguin Beach to admire the monochrome set at play.

At the end of our amazing time, we were left pondering all the unexpected things and surprising facts we now knew. For instance, llamas will spit at you to defend themselves, every penguin has distinct markings like freckles and a ‘bird-eating’ spider prefers to eat cockroaches than birds.

But we’re still not sure what the fox says.

Why go For a once-in-a-lifetime chance to spend the night at one of the world’s most famous zoos and enjoy two special private tours when you have all the exhibits to yourself.

Who is it best for Adventurers who don’t mind ‘roughing’ it in sleeping bags with a lullaby of animal sounds to send you to sleep.

Our Favourite Bit Wandering around the zoo after-hours and before it opens to the public, and hearing funny stories about the animals, like the playful penguin Puddles who is forever taking his name armband off.

Top Tip Don’t forget to pack some home comforts to make yourself comfortable at night. You can bring a camping mat to sleep on, but inflatable mattresses and camping beds are not allowed due to health and safety restrictions.

Don’t Go If you’re expecting a soft bed. For one night only, the floor is your companion.

While You’re Here Make the most of your visit to explore the rest of the zoo, including the wonderful new Lemur walk-through adventure. There’s also Gorilla Kingdom, Tiger Territory, the Reptile House (as featured in Harry Potter and the Philosopher’s Stone), Butterfly Paradise, Into Africa with giraffes and zebras, and much more. The Zoo Shop also has plenty of animal-related goodies, including lots of cute and cuddly soft toys and toys to spend your pennies on.

Other experiences at ZSL London Zoo include Be A Keeper for the Day, Photography Workshops and VIP animal encounters. Also new for 2015 is the brand-new summer evening event Sunset Safari, which runs every Friday from 5 June until 17 July 2015 from 6pm to 10pm, where guests can experience the magic of the Zoo after-hours – without kipping there!

Fun fact A A Milne’s best-loved orsine hero Winnie-the-Pooh is based on Winnipeg the Bear (or Winnie), an American black bear given to the zoo in 1914 by a Canadian lieutenant, Harry Colebourn. A A Milne was a frequent visitor to the zoo with his son Christopher Robin, who was so enamoured with the bear that Milne was inspired to write the famous series of books.