Roll up, Roll up for Liquorice
 Queen of the Arts festivals, Latitude has attitude: it’s cool, liberal and artistic. It also attracts the cream of musical and comedy talent, as well as critically acclaimed dance performances.

With a capacity of 35,000, Latitude is by no means a bijou affair, yet it has regularly been shortlisted for Best Family Festival at the UK Festival Awards and was awarded the top title in 2012. Why? Because it’s jam-packed with amazing activities and events that will have every age group jumping for joy all weekend long.

Beyond the amazing headline acts, there’s  DJ’ing for Dads, a Family Film Club and a silent disco, as well as The National Theatre performances of The Cat In The Hat, Greenpeace survival skills workshops for kids, plus an Animation Workshop where teens can start creating their future Academy Award winners

Held in the peaceful village of Beccles in Suffolk, the festival is managed by Festival Republic, which also has Reading and Leeds festivals under its belt. Which probably explains the slick, all-encompassing programme of acts for the Latitude weekend.

Featured Fun Boasting the biggest names in comedy, theatre, dance, film, cabaret, literature and performance, Latitude is unrivalled for the breadth, depth and quality of its arts programming. Festivellers can look forward to late night parties, a mini marathon, wine tasting, Venetian gondola rides, a woodland cinema and even a creative debate.

The Zones  There are no fewer than 17 arenas, stages and spaces, including: The Obelisk Arena (main stage with headline acts); BBC Radio 6 Music Stage (big name alternative acts); I Arena (for ‘next big thing’ bands in an intimate setting); The Lake Stage (new bands on an outdoor stage); The Alcove; Comedy Arena; Cabaret Arena; Theatre Arena; The Waterfront Stage; Film & Music Arena; Poetry Arena; Pandoras Playground; In The Woods; The Faraway Forest; The Scoundrel’s Hollow; The Bayou Ballroom; Lavish Lounge as well as kids areas aplenty. 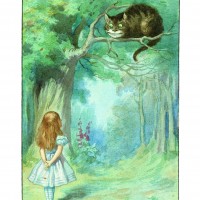