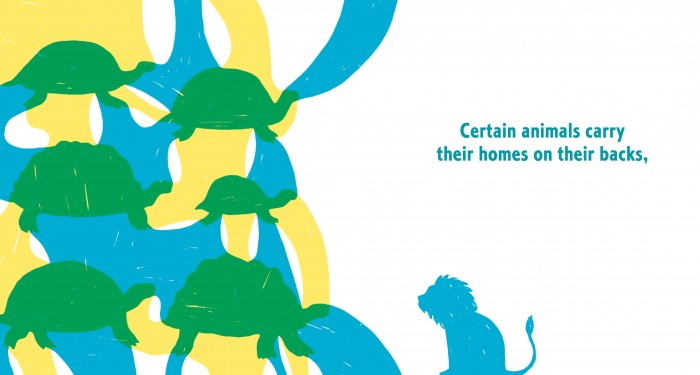 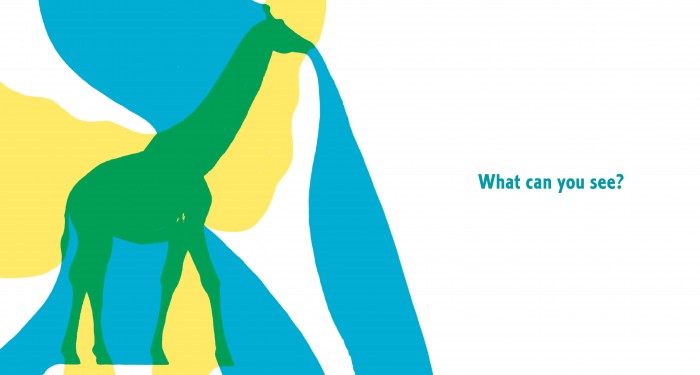 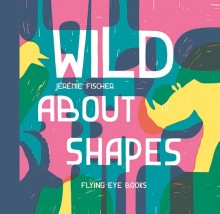 What can you see? Looks can be deceiving in this book that uses coloured acetate sheets to magically transform an abstract image into an animal with some artful trickery.

Swirling patterns that look like random shapes suddenly reveal a wild menagerie of animals from an elegant giraffe to a pert bunny who looks like he’s standing to attention, with his ears on point. From creatures great and majestic, like a lumbering elephant or a graceful lion, to small and sweet, like a fluttering butterfly or a skittering mouse, children will love this safari of discovery starring a raft of animals.

There’s a gentle flow to the narrative as each animal appears in grand silhouette when it is first introduced, then reappears on a smaller scale as the next creature is teasingly presented in a clever game of hide-and-seek.

The narrative also explores different habitats and the way animals interact with each other – for example, how a small fish needs to be careful in case a predatory shark is lurking. There’s also a touch of comedy as the giant elephant scarpers when confronted with a tiny mouse.

As well as discovering interesting facts about different species, the real fun comes with flipping the pages to uncover the mystery identity of each animal. It’s also a wonderful exploration of how colours work: Fischer uses a single ocean blue hue for the main pages and text – which is magically transformed when translucent yellow or pink shapes are overlayed, which makes the animals magically appear in contrasting shades of green or purple.

The result is a wonderfully ingenious celebration of animals in all their glorious shapes and colours.

Author notes Jérémie Fischer is an illustrator and a professional screen-printing technician. He developed his love for screen-printing through his studies at L’Ecole Superieure des Arts Decoratif de Strasbourg. He is a great advocate of traditional printing methods, celebrating the beauty and craft of hand-made books through his own projects with print. He published his first three books in 2012 and has contributed to numerous art magazines including Nyctalope and Nobrow 6. Jérémie lives in Paris, France, where he shares a studio with his collective Orbis Pictus Club.