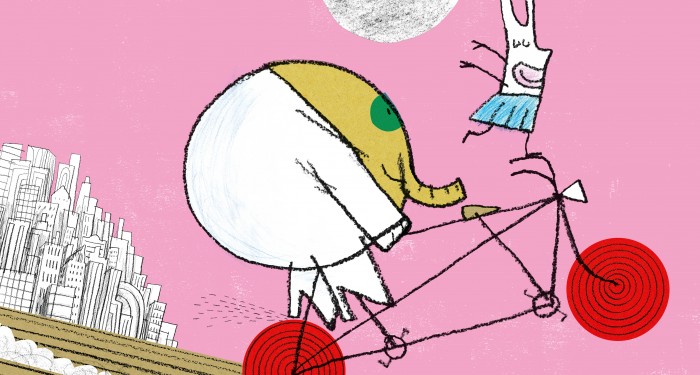 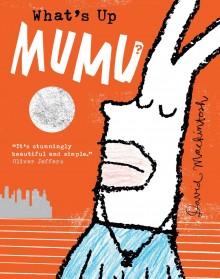 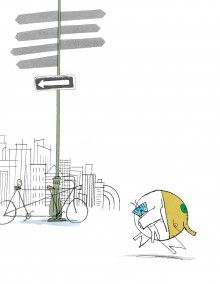 A trip to a High Skyscraper

Mumu is having one of those off days and nothing can make her shake off her blue funk – not even the various efforts of her best friend Lox who is doing his darndest, but to no avail. Is it time for Lox to admit defeat?

Mumu is a curious looking creature – she has perky bunny-like ears and a kind of tramp clown mouth. But there’s no smile on her face today. Instead, she wears an unhappy frown and is full of sighs and hmmphs.

Luckily, her friend Loz is on hand – another rather funny looking creature with a long trunk that suggests he’s an elephant – and he’s confident he has the tricks and talents to revive Mumu’s mood.

Lox tries everything he can think of to make his friend happy, but Mumu is in a distinctly killjoy mood, countering every one of Lox’s attempts to cheer her up with a negative riposte. This stubborn sourpuss is not for turning today – or so it seems

Finally, it’s time for Lox to make one last-ditch attempt to cheer up his buddy: taking Mumu to marvel at the architectural wonder of the High Skyscraper. Surely that must do the trick!

Much to Lox’s exasperation, all Mumu can do is keep her snout haughtily in the air and moan: “It’s a bit windy.” That’s the final straw and now Lox is also in a bad mood. Turns out that’s just what Mumu needs to help him shake off his woes and smile at his friend.

This is a funny, quirky take on the trials and tribulations of friendship. The creatures may have unusual appearances but there emotions and dynamics ring very true, as anyone who has ever tried to cajole someone out of a grumpy mood can attest. If all your efforts come to naught, the sour mood can definitely rub off!

Mumu is certainly the Queen of the Huffy Strop with her haughty ‘hmmphs’. She has a counter-argument (penned in a Jean Cocteau-esque handwritten script) for every suggestion that Lox makes to cheer her up, which is very amusing, but you can see why poor Lox lets his frustrations get the better of him.

Thankfully, there’s a happy conclusion to all this hilarious huffing when all Lox’s efforts are finally rewarded and Mumu turns that frown upside down and the twosome cycle off happily into the sunset.

Fun fact The Eiffel Tower was the tallest building in the world when it was completed for the World’s Fair in 1889 to demonstrate that iron could be as strong as stone while being dramatically lighter. It is repainted every seven years with 50 tons of dark brown paint.

Author notes David Mackintosh was born in Belfast and, when very young, moved with his family to Australia. He didn’t do art at school, mostly sport, but went on to art college where he was highly commended in the MacMillan Children’s Book Prize for his version of The Emperor’s New Clothes, which was later published. His first ever job was delivering blueprints to high-rise building sites, he has shared a lift with an astronaut, and he likes nothing better than cheering people up. David lives in London and his favourite mode of transport is his bicycle.