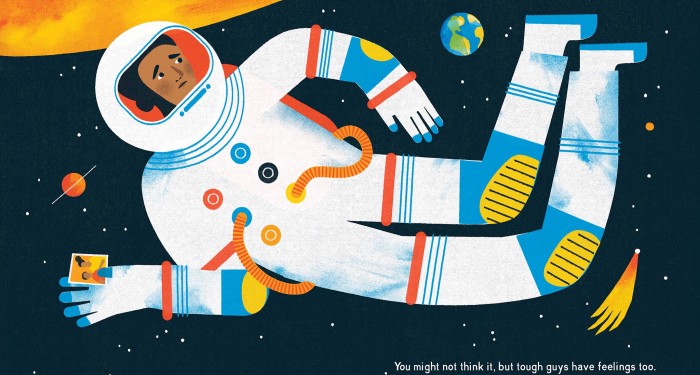 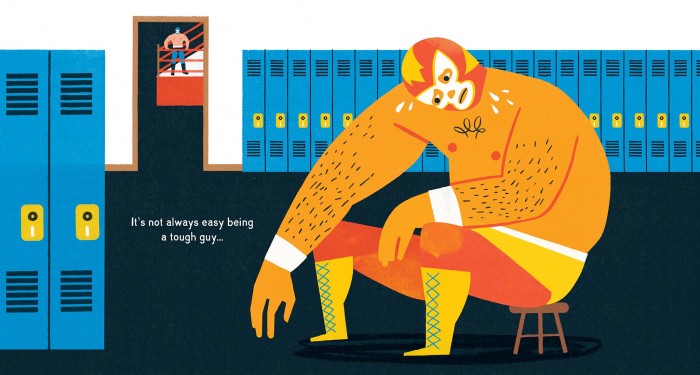 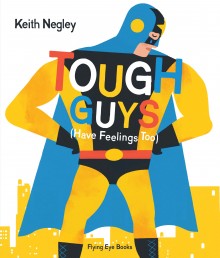 TOUGH GUYS HAVE FEELINGS, TOO

Tough Guys Have Feelings, Too

It may be a man’s world, but it’s a tough job being brave, macho and taking it on the chin all the time. Perhaps it’s time to make way for the New Age man bringing a little humility to his heroism.

We’re all accustomed to seeing kick-ass superheroes who barely flinch as they cause mass destruction, who see emotion as a weakness. Big boys don’t cry is their dictum.

Well, these boys are making a stand, and we salute them for it. Just as we believe that girls should be free to follow their dreams and encourage them to enjoy what might be considered the traditionally more male arenas (we’re talking Science, Technology, Engineering and Mathematics) so too should the boys be able to break free from restricting stereotypes. Cry if you want to (whether it’s your party or not).

With tongue firmly in cheek, artist Negley presents a roll-call of traditionally male role models performing various manly pursuits,
all with one thing in common. They are heavy of heart and have a wistful look in their eye. Some even dare to shed
a tear or two – or three

A wistful fighter wrestling emotions rather than packing a punch, a duo of sulking ninjas having a friendship hiccup, a cowboy falling off his horse and a peg-leg pirate who’s lost his treasure – they are all, to a man, enduring the slings and arrows of outrageous fortune, but do they do it with stoicism? Nah. They weep and they wail, they blub and they bawl their eyes out. And here’s betting they feel better for it afterwards.

While the illustrations gently poke fun at the notion of machismo, the end papers showing a boyish figure dressed in various different ‘hero’ guises hint that the book is also about the power of a child’s imagination and how they might want to try a few different personas before finding one that they are comfortable with.

In this case, his happy place is being snuggled up with his equally sensitive daddy as the two get cosy, and perhaps just a little teary-eyed, over a sentimental bedtime story.

Did you know? ‘Macho Man’ was the nickname for Randy Savage, a professional wrestler for the World Wrestling Federation. During his 32-year career, strong man Savage won 20 championships, including six world championships.

Fun fact Macho Man’s father, Angelo Poffo, also enjoyed some success as a professional wrestler, but was most famous for starring in Ripley’s Believe It Or Not! for breaking the world record for consecutive sit-ups at an astounding 6,033 in 1945.

Author notes Keith Negley is a talented illustrator, widely recognised for his emotionally driven illustrations. He lives and works in the mountains of Bellingham, Washington. He received his Bachelor of Fine Art from the Milwaukee Institute of Art and his Masters of Fine Art from The School of Visual Arts. His impressive client list includes The New York Times and The New Yorker. He has also been recognised by the Society of Illustrators with three silver medals, as well as being a jury member. He also received two bronze medals from 3×3 and the New York Times ‘Best of OpEd Art. Tough Guys is his debut children’s picture book.