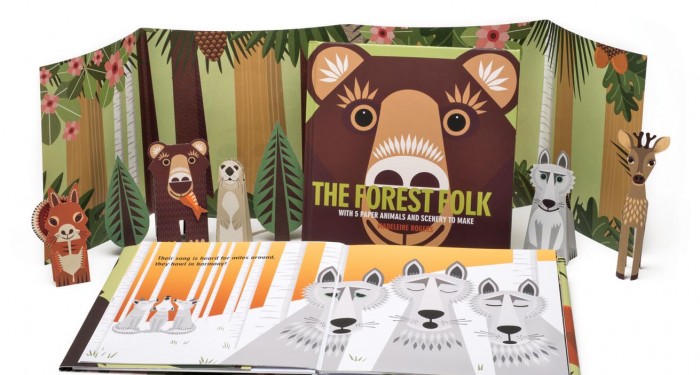 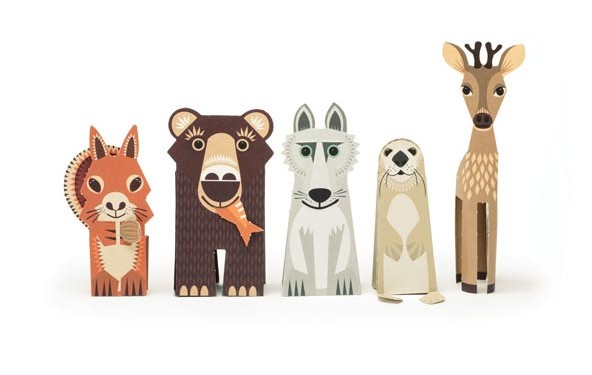 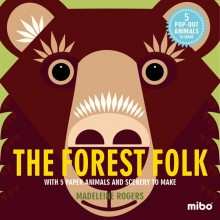 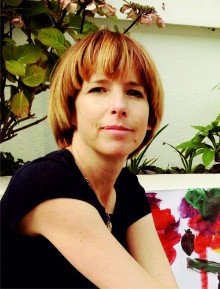 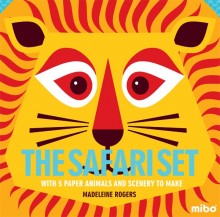 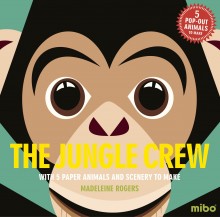 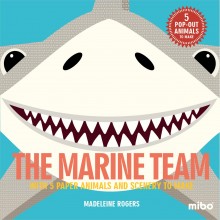 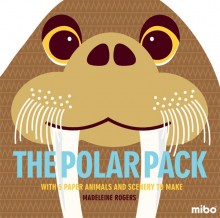 The Polar Pack by Madeleine Rogers

Delve into the deep dark forest and you’ll find a magical place filled with wonderful creatures. Now your child can make friends – and learn fascinating facts – about the fabulous folk who call the forest ‘home’.

Animals lovers will be doubly delighted with this vibrant picture book that not only provides a jaunty little rhyming text and wonderfully graphic images – it also brings a delightful cast of mini paper animals and scenary for your child to make.

Design house Mibo, led by the super talented Madeleine Rogers, has garnered something of a reputation for their cute coterie of paper animals kits. Now the collection has been extended to include books that add a back story and teaches children about animals and enriches their play potential.

The bear is not grizzly, the deer
is a darling and if the wolf is howling, it’s only in harmonious song. In fact, these forest folk are the most amiable bunch you could ever wish to meet

There are five woodland animals featured – a brown bear, wolf, squirrel, otter and deer – with two spreads dedicated to each giving an insight into their habits and lifestyle. From the big hungry brown bear who’s prone to long naps to the playful otters and acrobatic squirrel, each animal has its own playful traits and personality.

The illustrations, in woody brown and sumptuous shades of green, also give added visual information, inviting young readers to scour the pictures for more clues about each animal and its environment. Mibo’s signature of bold patterns and geometric shapes is also fabulously evident in the design, from the brown bear’s spiky eyebrows and the squirrel’s flamboyant tail to the intricate details of the trees and leaves.

As picture books alone, these are delightful, but the addition of the pop-out paper animals really bring an added dimension to their appeal. Carefully pop out the paper animals from the perforated pages to create 3D figures by simple folding and adding a few dabs of glue – handy skills that will also hone your child’s motor skills and encourage imaginative play and conversation.

The figures are sturdy enough to stand proudly on their own and are thoughtfully decorated on both sides so that there’s no annoying white card showing. The inside of the removeable dust jacket is also printed in full colour with a graphical representation of the animals’ environment so you can use it to add a backdrop to your play scene.

In the same series: The Safari Set, The Polar Pack and The Jungle Crew.

Fun fact Like human children, bear cubs are extremely playful; and just like human mothers, if things get too rough, mother bears will make them stop to protect them from hurting themselves.

Did you know? Animals and insects who live in forest and woodland habitats rely on the trees to give them what they need – shelter, food, and protection from other creatures higher up the food chain. They also use the streams and ponds within forests to get water and (if they’re the sort of animal that eats them) fish.

Author notes Mibo is a surface pattern and illustration studio founded by Madeleine Rogers. The first collection of homewares was launched in 2001, with a boldly patterned lighting range swiftly stocked in stores such as The Conran Shop, Habitat and Liberty. Further collections saw the inclusion of wallpaper and textiles.

In 2008, Mibo launched make-­at-­home paper animal kits which were an instant success, with folk all around the world getting busy with scissors and glue; transforming the 2D templates into quite marvellous 3D decorations. Soon after that Mibo released their cut­-and­-sew animal tea towels, which again proved to be incredibly popular.

The creation of these animal characters lead to the start of a collaboration with super­ cool French eco­-brand Coq en Pâte. Their co-­branded range of organic cotton clothes and accessories for children are now stocked in 50 countries.