Alex Latimer’s witty of-the-moment tale reveals that everyone has something they’re good at, not just the exhibitionists.

Ours may be an age where talent shows rule the Saturday night airwaves – we watch as hordes of hopefuls wait in line for the chance to strut their stuff, eager to wow judges and win hearts. In his offbeat tale, Alex Latimer conjures up a Nordic Somewhereland where a bunch of cartoon animals have been swept up by talent show mania. Penguin’s pals – Albatross, Bear, Fox and Rabbit – are all busy honing their acts, which include everything from swallowing massive fish to burping the alphabet. But Penguin can’t for the life of him think what his talent might be. Cue some comic master-classes from Penguin’s mates…

Latimer’s montage of talent show contestants is a delight. Young readers can ponder on such oddities as a
goat blowing pink bubblegum, a sheep playing the triangle and a frog running on a rolling barrel whilst clutching
a cup of tea. What would
Simon Cowell make of that?

With their elongated bodies, bendy limbs and pin-prick eyes, these animal characters are especially winsome. There’s also a tone to Latimer’s work that’s enjoyably understated. He doesn’t go for the big laughs, but there are subtle notes of humour to raise a smile. The scene where Penguin tries out Bear’s special skill – juggling household appliances – is particularly amusing. The pair stand amidst a sea of broken gadgetry, gazing in bemusement at a toaster stuck up a tree.

There’s nothing preachy or worthy about this tale. But in the course of things it comes to light that Penguin does indeed have a special talent that has been hitherto overlooked. Being an exhibitionist is well and good. But the show simply can’t go on without a talented producer taking care of all the practicalities behind-the-scenes.

Author notes Hailing from South Africa, Alex Latimer’s picturebook debut was The Boy Who Called Ninja, a quirky take on Aesop’s famous fable The Boy Who Cried Wolf. More of his characterful animal illustrations feature in his picture book Lion Vs Rabbit, and in a new version of Rudyard Kipling’s Just So stories published by Penguin. 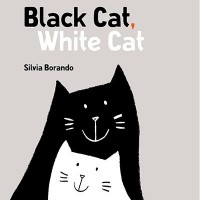