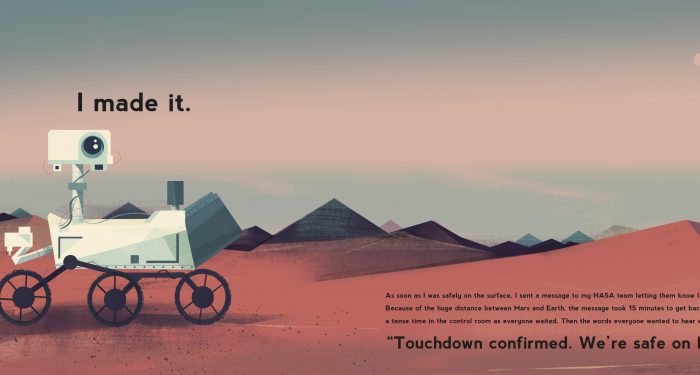 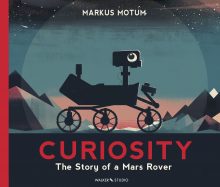 CURIOSITY THE STORY OF A MARS ROVER

By Markus Motum
With expert advice from Stuart Atkinson 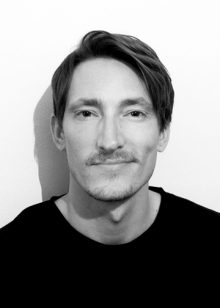 If you lost your heart to Wall-E, then you’ll be utterly charmed by the real-life adventures of Curiosity, the Mars Rover who landed on the surface of the red planet in 2012.

In 2012, a space traveller like no other caught the world’s imagination: an ultra-sophisticated moving robot who was charged with the task of travelling some 350,000,000 miles from Earth to conduct important scientific research on Mars and determine whether there are signs of life on the Red Planet.

The world held its breath when the intrepid Mars Rover, aptly named Curiosity, launched into space.
The mission? To boldly go where no
man had gone before.

Once safely landed on Mars – to cheers from the waiting crowds in New York’s Times Square and a global audience of millions –  Curiosity set about sending images via its 17 cameras and taking samples of dust that are analysed in Curiosity’s inbuilt laboratory.

This stunningly illustrated book tells the inside story on the years of scientific endeavour that led to Curiosity’s mission, giving insight into NASA’s challenges to create the complex roving robot. It is also packed with mind-blowing science and fascinating facts about space exploration and life on Mars.

David Bowie’s first hit in the UK – 1969’s Space Oddity – was used by the BBC in its coverage of the moon landing. His song  Life On Mars was first released in 1971 on the album Hunky Dory. The fictional character of Major Tom, an astronaut and space adventurer, has appeared in three Bowie hits – Space Oddity (1969), Ashes To Ashes (1980) and Hallo Spaceboy (1996).

NASA ran a competition for members of the public to choose a name for the Mars Rover. Some of the names considered were Adventure, Journey, Pursuit, Vision and Wonder. The winning entry – Curiosity – was submitted by Clara Ma, a sixth grader from Kansas.

Markus Votum is a half-English, half-Norwegian illustrator. He studied Illustration at the University for the Creative Arts, graduating in 2012, and it was during his studies that he rediscovered his love of picture books. He really enjoys creating big colourful books and illustrations for readers to get sucked into. Markus lives in Brighton, England.

Stuart Atkinson is a writer and outreach educator from Cumbria. He has been giving public lectures on astronomy and space flight for nearly 30 years and is a keen follower of the Mars Exploration Rovers.