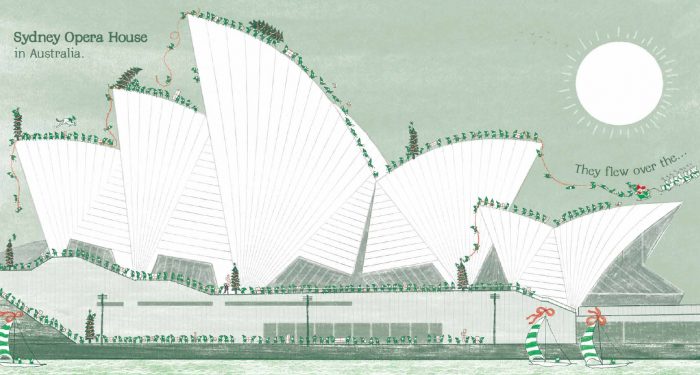 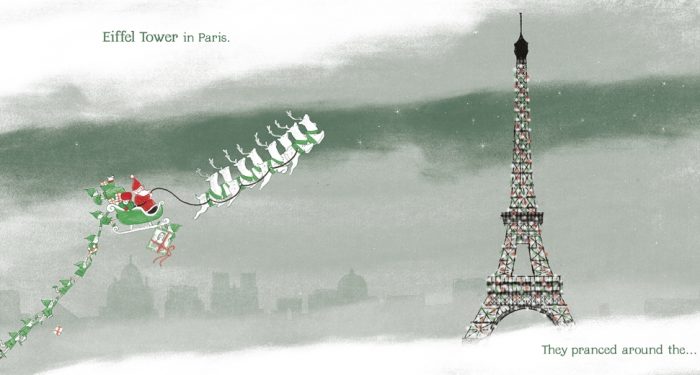 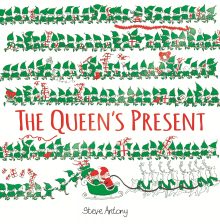 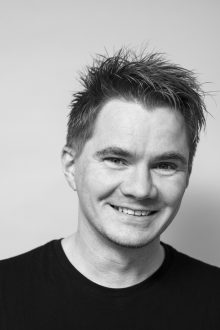 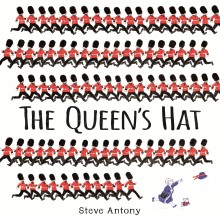 The Queen’s Present by Steve Antony

Being the ruler of the land doesn’t make you exempt from the challenge of finding the perfect gift for one’s grandchildren, as our dear old Maj discovers in this jaunty festive tale by well-loved author illustrator Steve Antony.

As Christmas Day approaches, the Queen is in a right old tizz: when Harrods can’t provide inspiration for gifts, she is at her wit’s end. Cue ‘someone special’ with his signature ample rotundity, rosy cheeks and bright ruby costume to match. Yes, it’s Father Christmas to the rescue!

Whisking her Majesty on a whistle-stop world tour, Santa’s prancing and dancing reindeer whiz from Paris to Pisa, along the Great Wall of China and Himeji Castle (a nod to Antony’s huge Japanese fan base?) before circling the Sydney Opera House and skimming the Statue of Liberty.

Tastefully rendered in a festive palette of red and green, each spread features iconic sights, as well as an army of green-suited elves busying themselves with the important job of present delivery.

There’s plenty of comic details for readers to spot, too, including the antics of a beleaguered butler, a cheeky corgi and a sneaky guest appearance by Antony’s Mr Panda.

So is the Queen destined to finds the perfect gift? Despite the world-wide search, the answer lies a little closer to home…

With signature warmth and gentle humour, this is a masterful festive addition to previous royal adventures in The Queen’s Hat and The Queen’s Handbag.

It’s no easy feat buying gifts for the 550 staff at Buckingham Palace: reportedly the Queen overcomes the challenge by giving a choice of a book or gift token. The Queen also reportedly bestows around 1,500 Christmas puds for staff to share between them. As part of a decades’ old tradition, the Queen also gifts Christmas trees to churches and schools in the Sandringham area, as well as to Westminster Abbey, St. Paul’s Cathedral, St. Giles’ Cathedral and the Canongate Kirk in Edinburgh.

During her reign, it is estimated that the Queen has sent around 50,000 Christmas cards  – and counting! On the receiving end of many gifts, during her reign she has been given presents of an elephant, two giant turtles, a jaguar and a pair of sloths from dignitaries from other countries, all of which live in London Zoo.