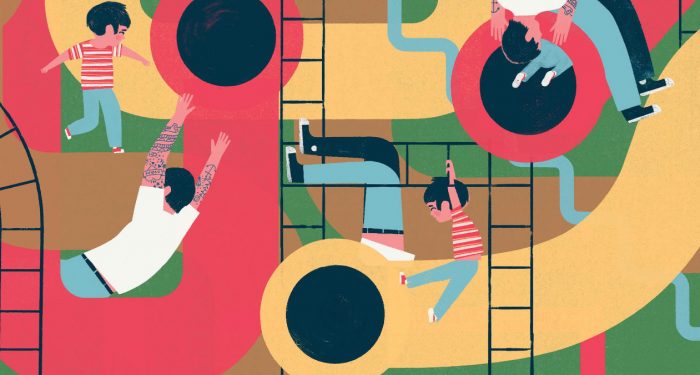 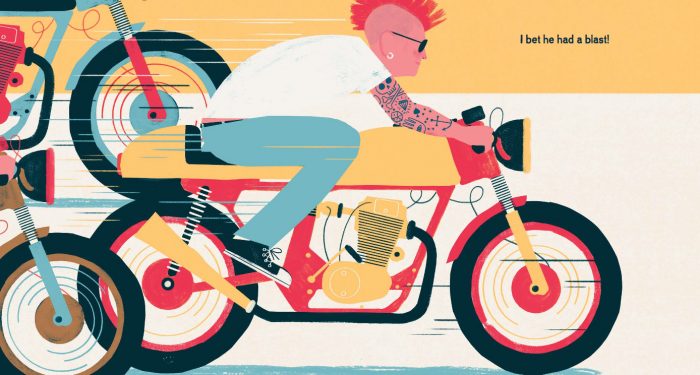 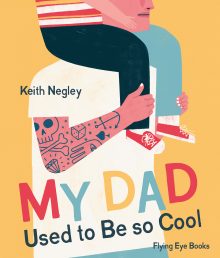 MY DAD USED TO BE SO COOL 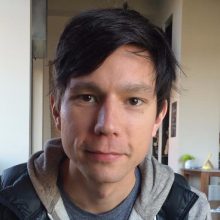 Signs of a rock 'n' roll past

My Dad Used To Be So Cool

With new fatherhood comes the inevitable sense of responsibility and duty. But, as one young son wonders, could there be more than meets the eye to his daddy’s life BC (Before Children)?

The faded 501s and the tattoos might tip the wink to canny readers but, as far as one little lad is concerned, his dad seems “pretty normal to me.”

And indeed his daddy certainly appears to be the picture of domestic rectitude, neatly folding laundry, pairing his son’s socks and vacuuming the living room – and we have to say, we heartily applaud his hands-on approach to fatherhood.

So why the niggling doubt that daddy might be hiding a rather more flamboyant past?

This young boy is turning Sherlock and, using the drum kit languishing in the cupboard and the skull & crossbones skateboard on the wall as evidence, deduces that daddy’s former life was pure rock ‘n’ roll!

But that was then, this is now. And there’s lots of humour to be had with the playful dual narrative of ‘life before’ and ‘life after’ children. For every picture that depicts a tame daddy engaged in homely chores, there’s a counter image of the youthful wild rockstar with a red Mohawk lapping up the adoration of an enthusiastic crowd or roaring off on his motorbike.

His son’s reaction, meanwhile, is a delightful mix of curiosity and incredulity that the doting daddy who patiently ties his shoelaces could ever have been deemed ‘cool’.

The gently teasing tone is complemented with Negley’s own very cool graphic art style, from the rock ‘n’ roll memorabilia that can be spotted around the house down to the end papers featuring a classic Gibson Flying V electric guitar.

So does Daddy regret the change of lifestyle? As the twosome race and roar, turn and twirl about the playground in a magnificent  double-page pull-out section, it certainly doesn’t look like it. As most parents know, the lifestyle shift brings its own rewards and delights.

A richly warm depiction of the modern father-son relationship that avoids over-sentimentality with its clever ring of truth that brings a wry smile.

Maybe Daddy is cool after all – though the cringe on the boy’s face at the final sign-off of the book delightfully suggests otherwise.

Did you know? Some scholars believe that the origin of Father’s Day can be traced in the ruins of Babylon nearly 4,000 years ago, where it was recorded that a young boy called Elmesu carved a Father’s Day message on a card made out of clay. Elmesu wished his Babylonian father good health and a long life. In 1972, President Richard Nixon decreed a permanent national observance of Father’s Day to be held on the third Sunday of June.

*** WANT TO SEE MORE OF NEGLEY’S HEROES? *** Read our review of his brilliant debut picture book Tough Guys Have Feelings Too.

Author notes Keith Negley is a nationally recognised editorial and children’s book illustrator with 15 years experience working for major newspapers, magazines and publishers. His work has appeared on book covers, children’s books, T-shirts, album covers, posters, skateboard decks, and watches, and he is a frequent contributor to The New York Times and New Yorker. He received his BFA from the Milwaukee Institute of Art and Design in 2000, and his MFA from The School of Visual Arts in New York City in 2013. Recent awards and accolades include a gold medal from the Society of Illustrators in 2015, recognition from American Illustration, and highlighted in the New York Times “Best of OpEd Art”. Keith also taught as an adjunct professor at Emily Carr University in Vancouver BC, and resides in the mountains of Bellingham Washington with his wife and (in his words) their 7-year-old hellspawn.